Recipes from the Collection, pt. 2

The Five Roses Cookbook was a staple in Canadian kitchens for most of the 20th century. This edition was published in 1915.

The recipes we’ve included are Scotch Shortbread and for Gumdrop Cake. The Gumdrop Cake recipe isn’t original to Five Roses and must have been included sometime later.

A little note on baking— the reason they don’t give times and temperatures is that many homes were still using wood stoves in 1915. It was impossible to be precise, so you really had to know your stove! 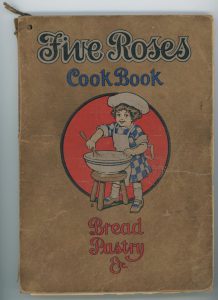 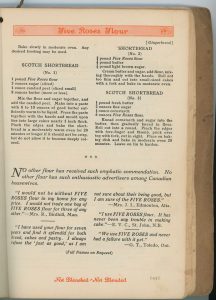 Scottish shortbread is a classic treat 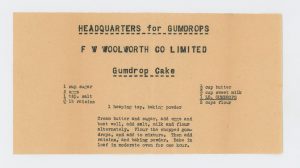 A recipe from the Town’s official Headquarters for Gumdrops