HISTORY OF THE MUSE 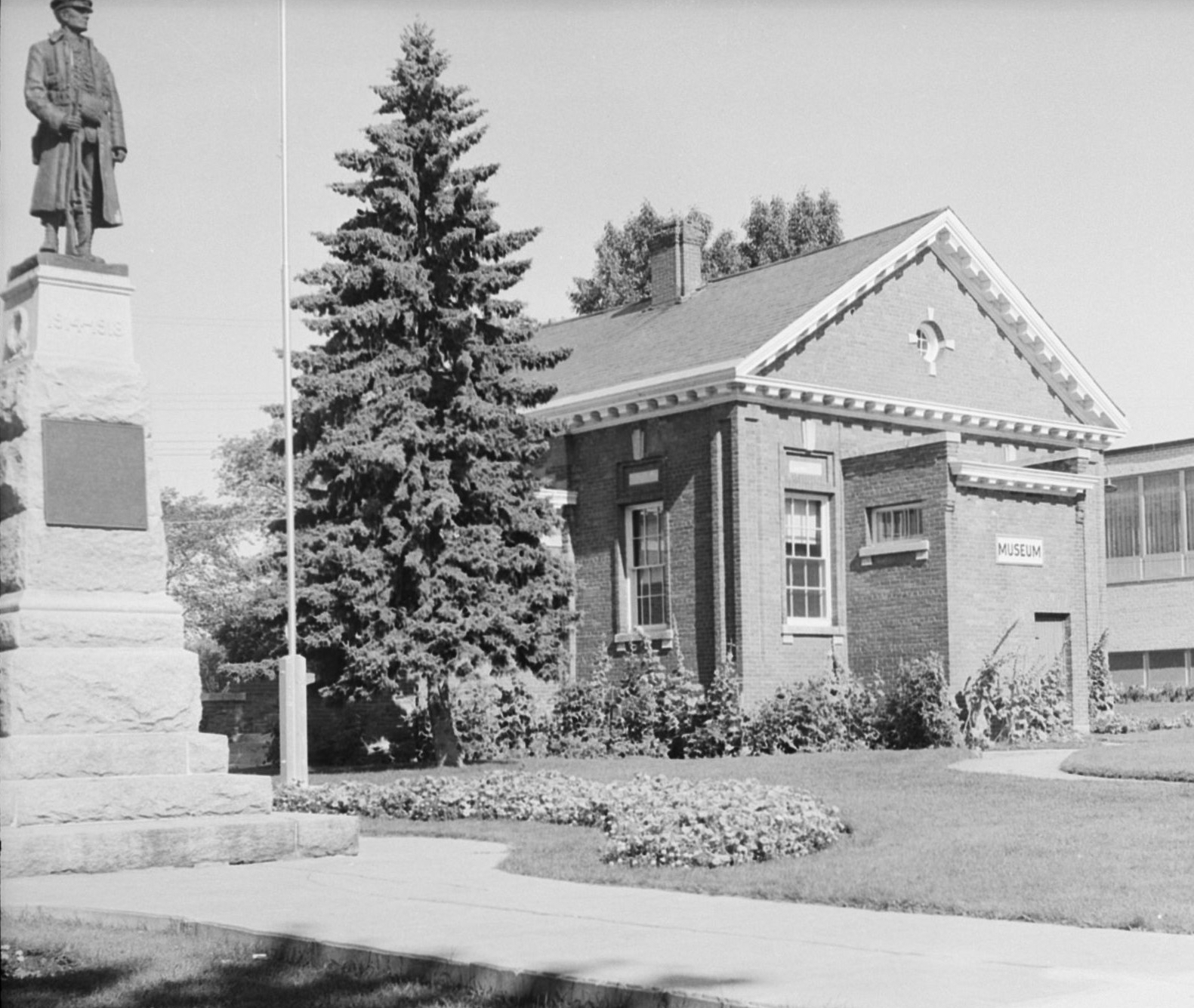 The Muse is comprised of the Lake of the Woods Museum and the Douglas Family Art Centre, a recent addition in 2019.

The Lake of the Woods Museum

The Lake of the Woods Museum is “one of the coolest little museums in Canada” according to a national magazine, and it has a long and effective history in the city of Kenora. Since its establishment, the multi-award winning Museum has been one of the central pillars of culture in Kenora.

The Kenora Town Council founded the Lake of the Woods Museum in 1964. In that same year, the Land Titles building was transferred from the Province to the Town and served as the first Museum.

When the Museum was established, the collection centred on the artifacts of Captain Frank Edwards, an Indian Agent in Kenora from 1920 until his death in 1945. As the collection grew, the display and storage facilities in the original Museum proved to be inadequate and by 1982 serious consideration was being given to a new building. In August of 1986, as a result of a successful fundraising campaign and grants from the Town of Kenora, the Ministry of Citizenship and Culture, and the Government of Canada, the new Museum building was opened to the public.

Today the Museum is a dynamic cultural asset in the City of Kenora. The collection numbers in excess of 25,000 articles and photographs. Many displays are changed annually and feature Indigenous and pioneer artifacts, natural history, minerals, pictorial and archival material, all illustrating the human history of Lake of the Woods and the surrounding area. In addition, the temporary exhibit area is changed five to seven times a year and features travelling, in-house and community exhibits.

The Douglas Family Art Centre opened to the public in December of 2019. The creation of the Art Centre was prompted by the generous offer of two longtime lake residents, Nicki and Bryce Douglas. They have been collecting the Lake of the Woods themed colour woodcut prints, watercolours, and engravings of Canadian artist Walter J. Phillips for over 30 years. Because of their connection to, and love of, Lake of the Woods and Kenora, they have gifted their collection of 67 pieces, to the City of Kenora through the Art Centre.

Their gift presented a wonderful opportunity and initiated a process of establishing an Art Centre in Kenora, the community’s first public art gallery. Bryce Douglas put words to their vision for the Art Centre: “We would like to see a vibrant art centre that would present opportunities for students of all ages to learn about art and for the arts community to share ideas and develop their talents. As well, it would be a place to display not only the Walter J. Phillips collection but the work of local artists, Indigenous artists and aspiring artists.”

With the generous support of local and lake residents and all levels of government, the dream of an Art Centre in Kenora has come to fruition.

Together the Lake of the Woods Museum and the Douglas Family Art Centre are well positioned to move into the future, offering inspired exhibits and exhibitions, quality programming, and enriching experiences that make the most of the significant synergies that exist between them.