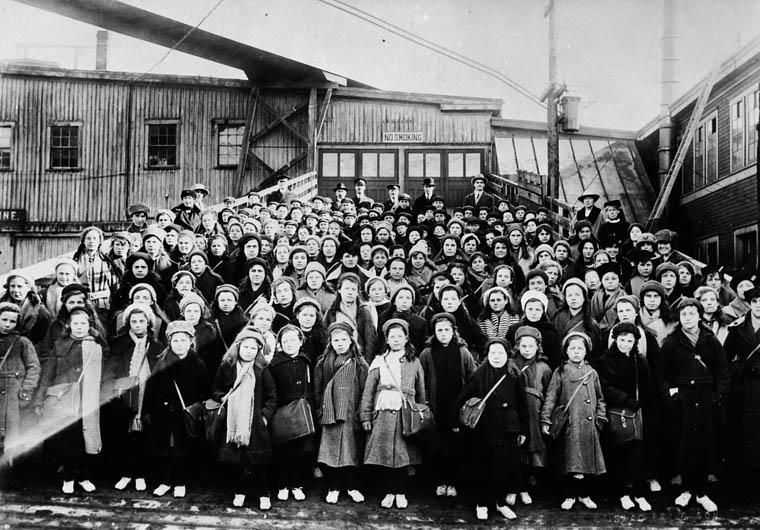 According to Bill 12, British Home Child Day Act, 2011 from the Legislative Assembly of Ontario:

“Between 1869 and the late 1940s, during the child emigration movement, over 100,000 British children were sent to Canada from Great Britain. Motivated by social and economic forces, these orphaned and abandoned children were sent by church and philanthropic organizations. Many settled in Ontario. These boys and girls, ranging in age from six months to 18 years, were the British home children.

The British home children were sent to Canada on the belief that the children would have a better chance to live a healthy and moral life. The organizations that sent these children believed that Canadian families in rural Canada would welcome them as a source of farm labour and domestic help.

The resulting experience faced by many of these children was not what had been expected. With little monitoring by the organizations involved, many of the home children faced considerable challenges and tremendous hardships in Canada.

Many of the children were lonely and sad. Some were malnourished and others were emotionally starved. Many of the home children worked from sunrise until sunset, and children as young as eight years old were expected to milk cows and labour in the fields. Many siblings were separated and never saw each other again.

The story of the British home children, however, does not end with adversity and hardship. With remarkable courage, determination, perseverance and strength, these children overcame the obstacles before them. Most established roots in Canada and in Ontario, and many went on to lead productive lives and contribute to the economy of Ontario.

British Home Child Day is intended to recognize and honour the contributions of the British home children who established roots in Ontario.”