From the Collection: Bird Hat 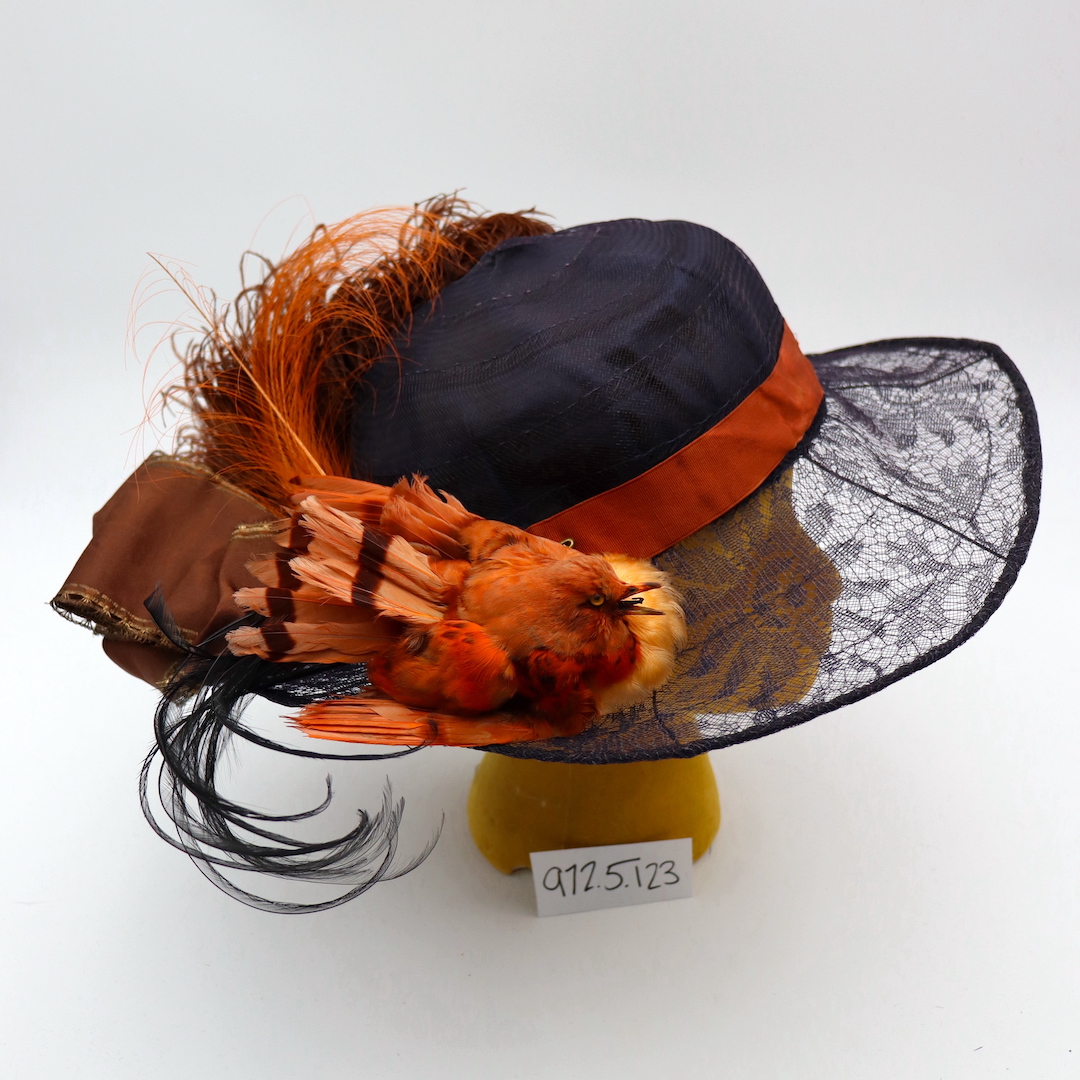 You may have a deer head mounted on your wall, or a fish mounted to a plaque, but do you have a bird mounted to your hat? In the early twentieth century, most wealthy women did!

This was a time when women’s hats were over the top, and they were usually decorated with frills and flowers. Feathers, though, were among the most popular decorations. Feathers were so popular that people needed more of them. And who has the most feathers? Birds, of course.  Soon, they were added to hats, too. Not replicas of birds, but real birds. Ones that had been trapped, killed, and stuffed before they were added to a hat. It may seem odd, but it was all the rage, every woman who could afford it had to have one. But this fashion came with a price.

There was a sudden dip in bird populations as birds of all kinds were caught, but the Passenger Pigeon had it the worst: they were the most popular bird. That’s why, over the course of only a few decades, these birds were driven to extinction. It’s believed that the Passenger Pigeon had the biggest population of any bird in the nineteenth century. There were thousands of them, probably even millions. In 1911, what’s believed to be the last one died in a zoo.

The bird mounted to this hat is not a Passenger Pigeon. It is very fashionable, though. That is, if you don’t mind wearing a stuffed bird on your head all day long.