The Tradition of the Downtown Christmas Tree in Kenora

Did You Know: Kenora has been putting up a Christmas tree on the corner of Second and Main since 1931. The photograph below if of the tree from 1939.

In 1931 the owner of Derry’s Palace Theatre, Joseph Derry, decorated his theatre with all sorts of Christmas decorations for the annual Rotary Charity Christmas Show. He found that before and after the event people were coming to the theatre just to see the lavish decorations. That gave him an idea: why not decorate all of downtown for Christmas? He went to the business owners downtown and convinced them to join the cause. Joseph Derry lead the Christmas decorating charge for a few years before the Kenora power crews, with their experience linesmen, took over the task in 1936. 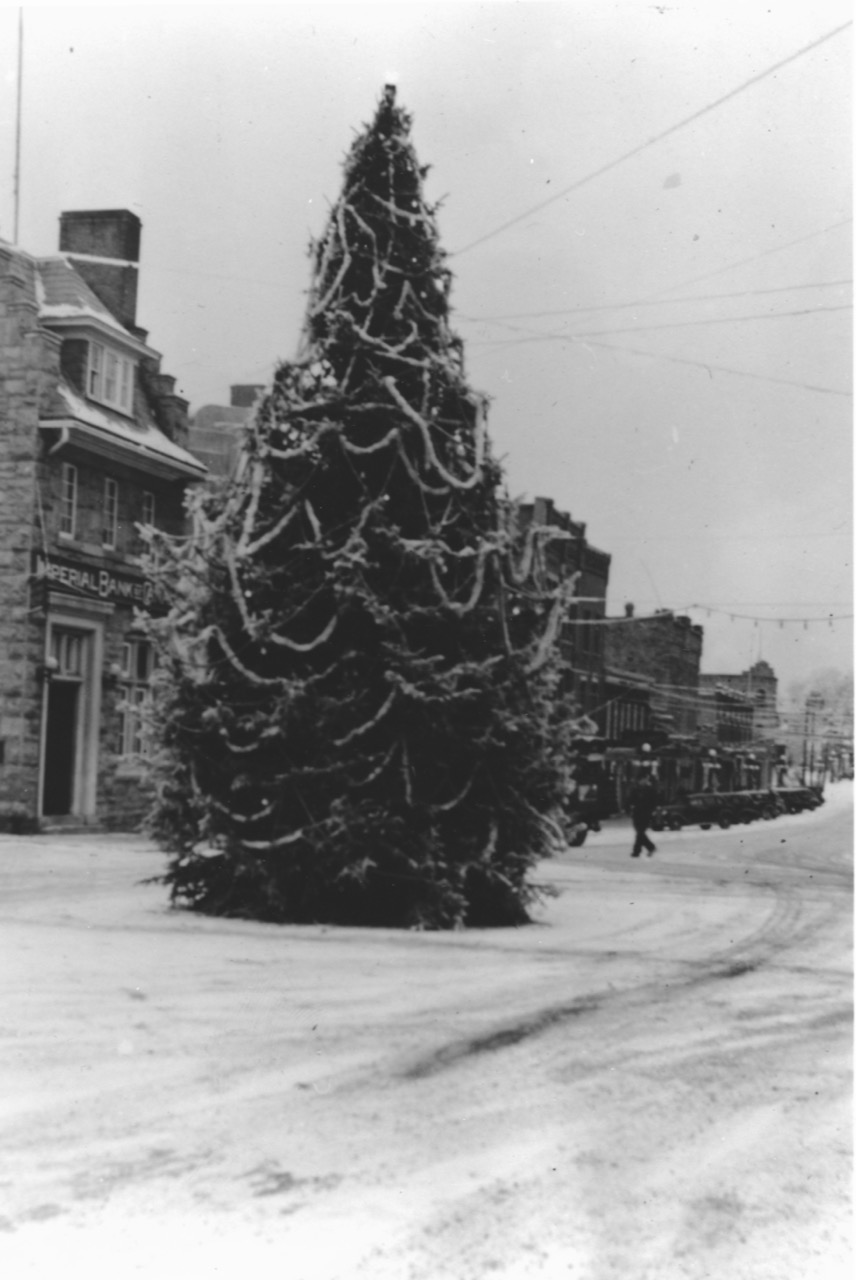