The Battle of Vimy Ridge

Shortly after the Somme offensive the Canadian Corps was moved into a relatively quiet section of the line near Arras, directly across from a small French town called Vimy.

In March 1917, the Canadian Corps received orders to capture Vimy Ridge as part of a larger offensive in the Arras area. Lt.-General Sir Julian Byng’s staff worked feverishly on a plan to take the ridge. With the French Army having lost 150,000 soldiers over two years in several failed attempts to take the ridge, Byng, and his righthand man, Canadian Major General Arthur Currie, knew how important precise planning would be.

The preparations for the attack on Vimy Ridge were extensive. Soldiers, all the way down to privates were issued maps, lectured on plans, and studied models of the ridge for months before the assault. In addition, an extremely complex artillery strategy was conceived. The plan of attack involved all four Canadian divisions, the entire Canadian Corps, fighting as a single unit for the first time.

At exactly 5:30 am on April 9 nearly 1,000 medium and heavy guns began firing at pre-registered targets on and around Vimy Ridge. Canadian soldiers attacked, following the plans laid out for them in their weeks of practice. The soldiers were relentless and quickly took many of their objectives. Only the 4th Canadian Division was held up, as they had the most difficult task of capturing Hill 145 (the highest point on the ridge) and “The Pimple”, which was a heavily fortified redoubt on the north of the ridge. 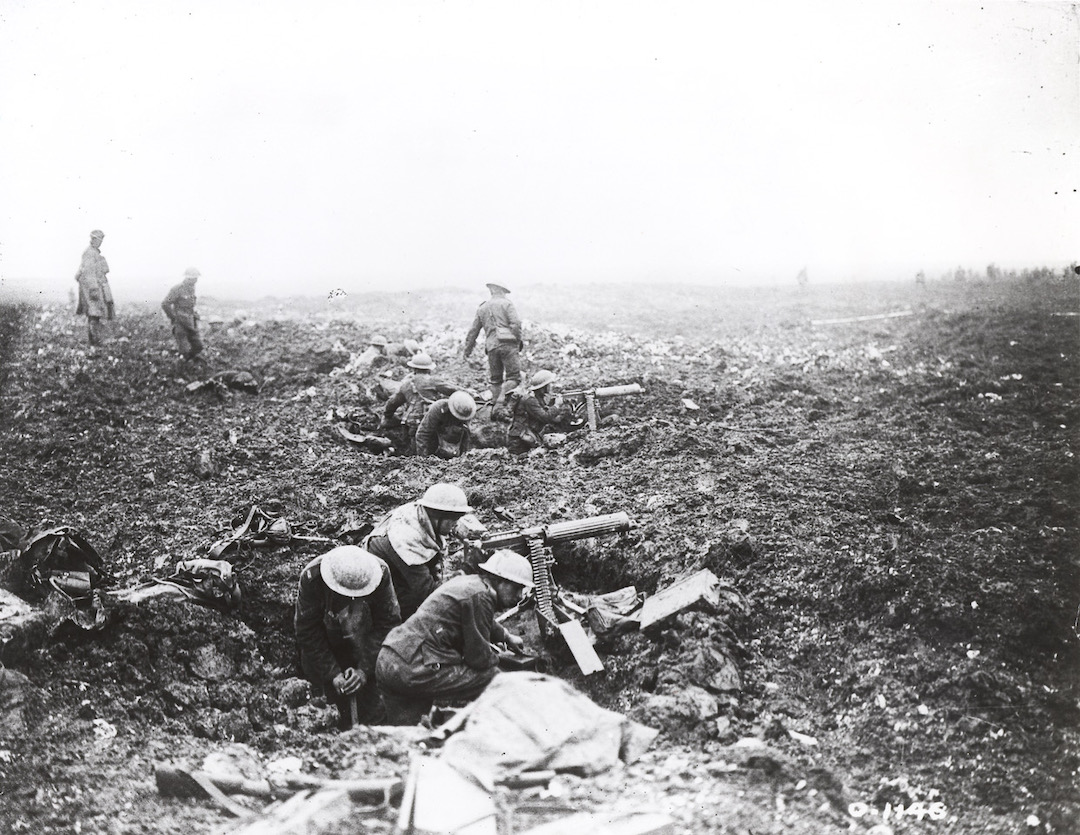 By April 12 only the Canadian Corps remained on the heights of Vimy Ridge. The cost was severe. Over 3500 Canadians were killed and over 7000 wounded. It was one of the deadliest 48 hours in Canadian history. The loses were heavy, but the victory was significant— soldiers from all four Canadian divisions – from all across Canada – fought shoulder to shoulder for the first time to take Vimy Ridge. Though the greater Arras offensive failed, the sacrifice and victory at Vimy Ridge holds an important place in the minds of Canadians even 100 years after the battle.

After the war Canadians erected the Vimy Ridge Memorial as a memorial and tribute to those men who were lost with no known grave. There are over 11,000 names of Canadians commemorated on the Vimy Memorial, including the names of 15 men from Kenora.  The memorial and surrounding park remains a sacred pilgrimage place for all Canadians. 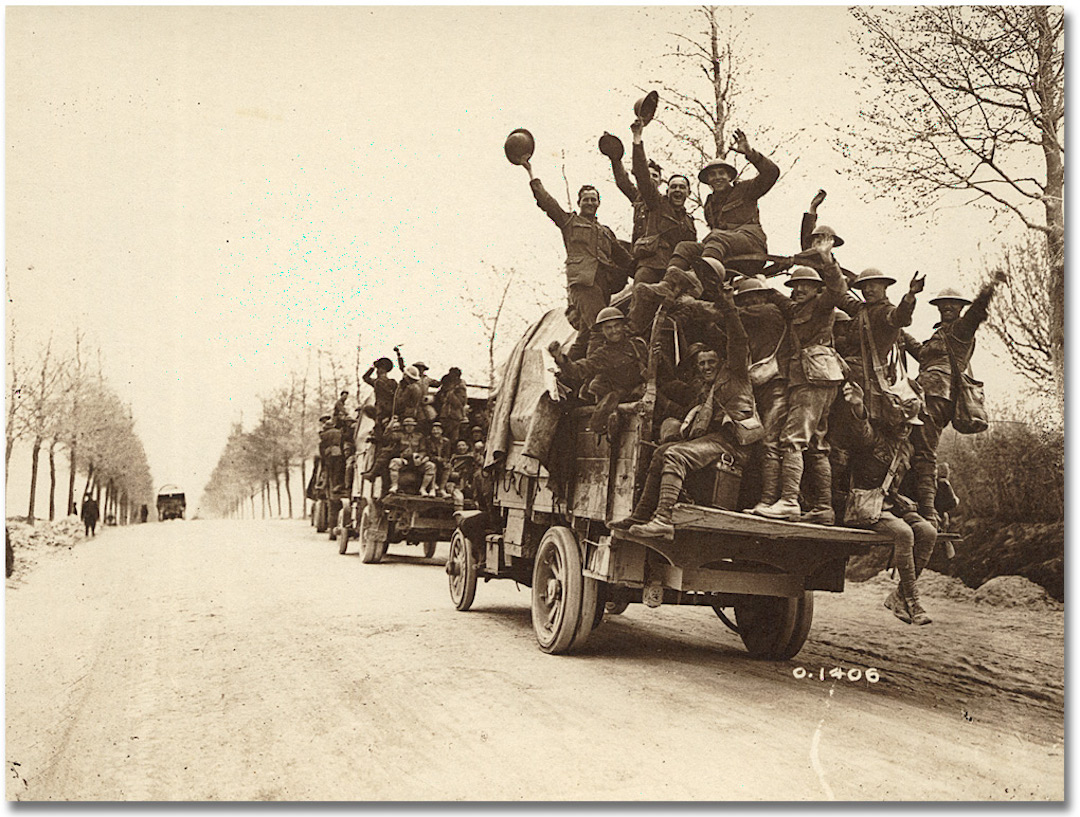 What follows are brief summaries of the stories of a few of these men. For more information and their full stories please visit the website: www.kenoragreatwarproject.ca.

Born in Rat Portage (Kenora), Robert was working as a civil engineer in British Columbia when given a commission as Lieutenant with the 102nd Battalion in May 1916. He married Flora McKelvie in Vancouver before going overseas.

Taking part in the Somme Offensive, Robert was recommended for the Military Cross for his part in the assault and capture of part of the Regina Trench. Although he did not personally receive one, five men in his unit were awarded Military Medals.

Now Acting Major, Robert led Company C over the top on the first day of the Battle of Vimy Ridge, with their objective Hill 145. During the operation Robert Brydon was reported missing. His body was found the next day.

Upon hearing of her son’s death, Robert’s mother suffered a paralytic stroke from which she did not recover. She died exactly two weeks after Robert.

Private Hilliard Dusang was the first Kenora lad to join the 94th Battalion, signing up at age 18. Prior to his enlistment, young Hilliard had been working as a druggist’s clerk at Johnson’s Pharmacy.

After enlistment, Hilliard headed east for training at Valcartier before embarking from Halifax on June 28, 1916 for England. By January 1917 he had been transferred to the 13th Canadian Machine Gun Company, a newly formed unit, who received advanced training for the coming offensive – the Battle of Vimy Ridge. The offensive began at 5:30 on April 9. At 6:45 am the 13th Company ceased firing and moved to a new position. As they crossed an old trench system five men were killed and 11 were wounded by heavy shell fire. They continued firing from their new positions during the day and into the night, suffering five more casualties. Hilliard was one of the fallen that day, killed by a German artillery shell.

Grant was born in Ottawa, Ontario and lived there until his father passed away in 1907. His mother and a brother were also gone by then. Grant headed west and eventually moved to Kenora where two of his brothers were living. On Grant’s 36th birthday he enlisted with his brother Edmund. By January of 1917 he had joined the ranks of the 13th Battalion.

The 13th Battalion was not part of the assault at Vimy but acted as Brigade support and a report centre, maintaining lines of communication between all the units. They cleaned equipment, worked on trenches and dugouts, built roads and supplied parties of men to clear the battlefield. On the night of April 13 they were moved into a forward area and two days later they went to the front trenches. During the advance Grant was reported missing in action. He was found in a shell hole a few hundred yards behind the front line, suffering from a broken arm and leg. He died of his wounds while being taken to a dressing station.

The Sultana Gold Mine was the largest of the mines on the Lake of the Woods, and between 1890 and 1906 produced over $1million dollars in gold.