It is becoming more and more common in 2019 for people to meet their future spouse online. Indeed, I have a few friends that met their significant others online, including a pair who was just married this month. That’s fine for 2019, but what about before technology connected us with a love interest electronically? In a time before social media, and the internet, and even the mass use of telephones, how did young people meet? What was the Tinder or Match.com equivalent in 1909?

Sure there were the traditional methods of marrying a family friend, or a neighbour, or classmate, or someone from church, but what if that failed? What if you were a 19 year old guy working at the Rat Portage Lumber Company, or a 21 year old gal working as a seamstress at the Hudson’s Bay Company in Kenora? How did you advertise that you were— for lack of a better term— “single and ready to mingle”?

One way was hosting a bachelors’ ball— a dance for single people to meet up and have a good time. In the spring and summer of 1909, 110 year ago this month, Kenora hosted not one but two bachelors’ balls.

The idea of the bachelors’ ball was first popularized in North America on the west coast during the 1880s. It was a new twist on the very old tradition of getting young men and women together in the same room for dancing, singing, and most importantly meeting up with fellow singles. The twist with a  bachelors’ ball was that instead of wealthy debutantes or land barons throwing luxurious balls and dances for their equally rich friends, it was regular young men and women doing the planning. Often these bachelors’ balls would be held under the auspices of local church youth groups, theatre groups, or even just groups of friends who figured it would be a good time. The Kenora events were organized by the “Baby Bachelor Ball Entertainment Committee”. It is not clear why it was a “baby” bachelors’ ball, perhaps it was because the bachelors were all quite young (organizer John Stanley Woods was only 19 at the time) or perhaps because the events were not very large in comparison to similar events in Winnipeg. 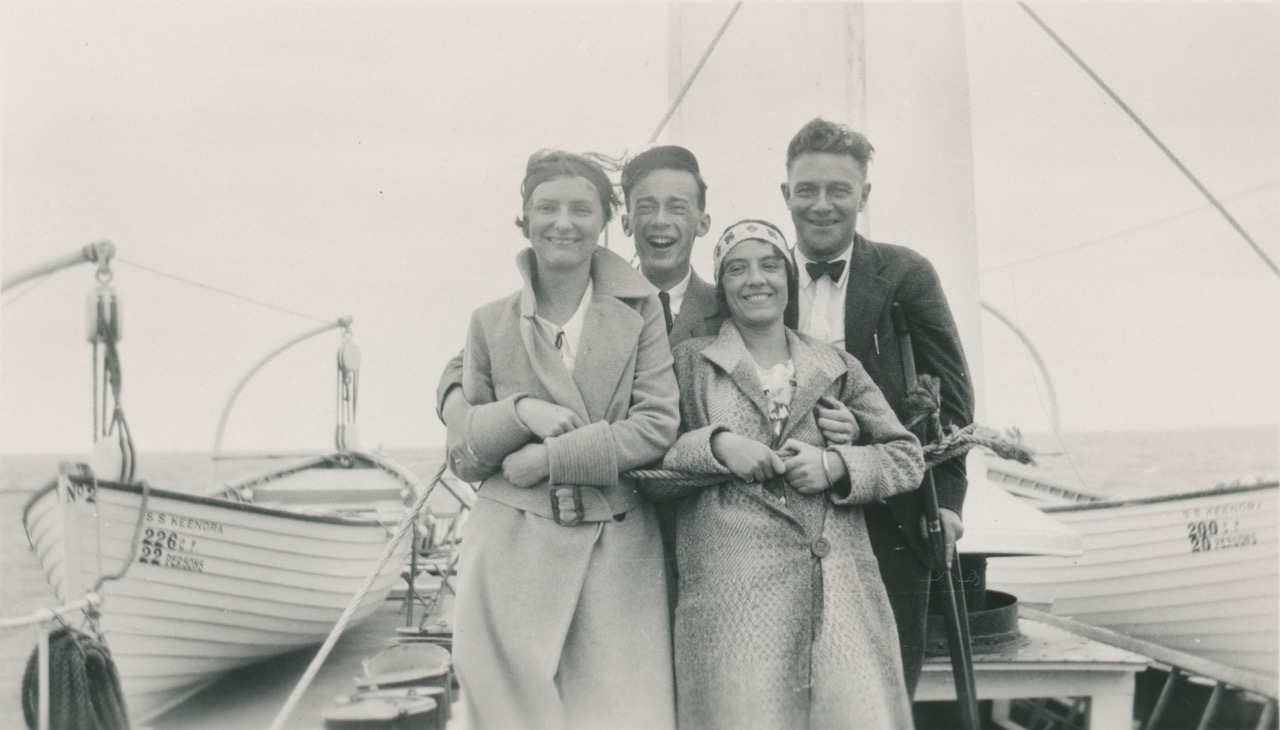 Kenora’s Baby Bachelor Entertainment Committee hosted two “Baby Bachelors Balls” in the spring and summer of 1909. The first was held at the Cronlund’s Hall on Main Street on Friday, April 30th.  The Cronlund’s Hall was the former hardware store that sat approximately where the Service Ontario building is now. A mix of guests, about 80 in number, arrived at the hall ready to dance in their most stylish formal wear. Women in slim silhouetted dresses, with fashionable S-curve corsets, and men in navy blue three-piece suits, complete with brass buttons and bowler or Homburg caps. The Katz Orchestra cranked out the tunes, and the attendees danced into the night. Now this wasn’t just the 1909 version of a singles bar, no, in fact, most of the attendees were actually married. This seems odd until you consider that: (a) Married people like to dress up and go dancing too; (b) There probably weren’t that many single, marriage-age people in town and (c) Things would quickly take on the awkward quality of a junior high school dance if the organizers exclusively invited single people. By mixing in a good number of married couples dancing, the single attendees could pair up much more inconspicuously. Bear in mind that these were dry events, so the single attendees needed all the encouragement they could get!

Speaking of a dry event— the group was back just a few weeks later, but this time at the Swedish Temperance Hall in Lakeside. This time roughly 100 people showed up, and the media reports mention specifically that “dancing was kept up until about three a.m. this morning and when the strains of the last waltz had died away, it was with evident reluctance that the assembly of guests took their departure.” Clearly a successful event!

There were other dances that summer— at the curling club, at the Victoria Rink, and on Coney Island—but not another Baby Bachelors’ Ball. Though we don’t know if any of the bachelors found their brides at these dances, by looking at these two events we can get a better view of what the romantic lives of the residents of Kenora was like 110 years ago. Next time you walk past the Service Ontario building on a cool spring night, try to picture young men and women in their most stylish promenade dress excitedly walking down the street. Because who knows, perhaps the people in your mind’s eye might be about to meet the love of their life.

← A Local Hero Summer at the Drive-In →