The 103rd Anniversary of the Halifax Explosion

Today marks the 103rd Anniversary of the Halifax Explosion.

It was a devastating event and news quickly spread across Canada. Two Kenora men, Art Chaloner (pictured below) and Fred Houghton, witnessed the explosion from on board the HMCS Niobe (pictured below), which was docked in the Halifax Harbour.

Art Chaloner sent a letter to his sister describing the explosion: “About two or three hundred of us ran up on the forward main deck to watch the fire which by this time was raging pretty bad in the forward part of the ship (the Mont-Blanc), which seemed to be loaded with some kind of oil as every minute or so there would be an explosion that seemed like an oil explosion, as there was not very much noise to these explosions, though they would send up a great burst of flame and black smoke to a height of about six or seven hundred feet. We learned later that these were benzol explosions as she was loaded partly with benzol. The main explosion was caused by her main cargo which consisted of 2,000 tons of a very high explosive called ‘triton’. Much more powerful than glycerine. We watched for about 15 minutes and were laughing and joking about someone who was talking about spontaneous combustion, when there was a most deafening roar and the whole dockyard seemed to lift to the sky amidst a great blaze of fire and smoke, and bits of the ship. It was so great that we were all swept back, or I should say carried, or better still, thrown, for I landed about 25 feet from where I had been standing. When we landed on the deck we were just a mass of wriggling men and the sky was all dark as if a dreadful storm was on. When we could get free of the mass of ourselves we crawled on hands and knees (for we had no time to get up, it all happened so suddenly) to any place of cover we could find, for by this time the pieces of the ‘Mont Blanc’ were falling on the decks like hail, only some larger and thicker. I crawled in behind the bridge close to the forward mast, and held a big board over my head while boards from the wrecked portion of the superstructure and all wooden parts of our own ship (the Niobi) were hitting us on the backs. The whole top of the ‘Niobi’ was wrecked, but none of the funnels or smokestacks fell, or we would have got ours. This lasted about a couple of minutes, and then a great wave came caused by the explosion and rocked the ships, so that she broke her anchor chains which set us adrift. They soon got us tied up again, but there had been a lot of the fellows pretty badly cut and bruised. There were quite a few had been blown overboard and some of them never got out alive.”

Fred Houghton wrote a letter to his wife that was printed in the December 19, 1917 edition of the Miner & News which talks about how after the explosion he and Arthur (with their fellow sailors) went ashore to help with the relief effort.

Until the use of the atomic bomb, the Halifax Explosion was the largest man made explosion ever. Even though Halifax is thousands of kilometres away, Kenora, like many cities in Canada and the USA, stepped up to help. Two Kenora men in particular, Art Chaloner & Fred Houghton, chose to run toward danger and help where they could.

On December 6th we remember the victims of the Halifax Explosion, and also the helpers who did what they could in the aftermath. 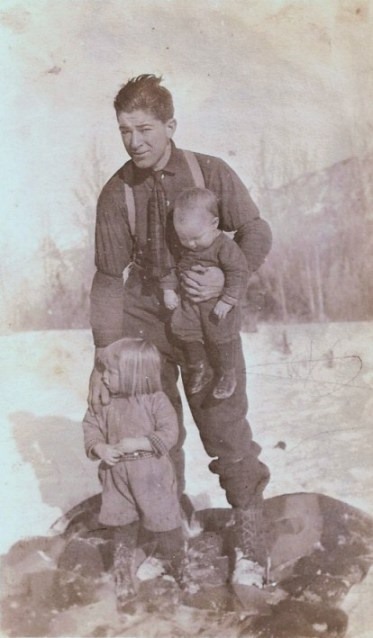 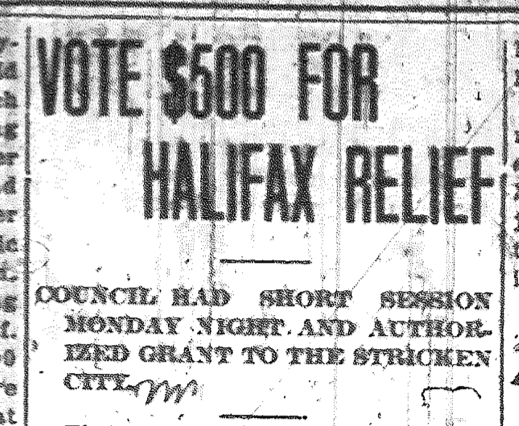 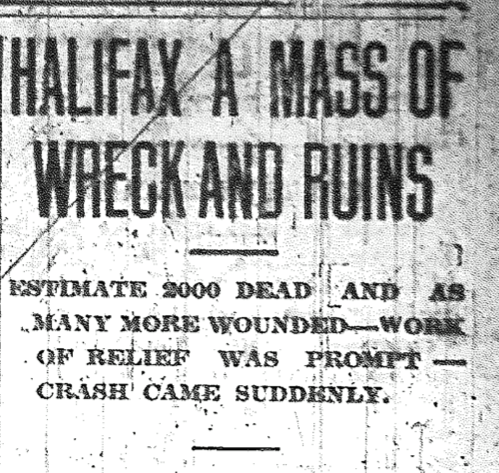 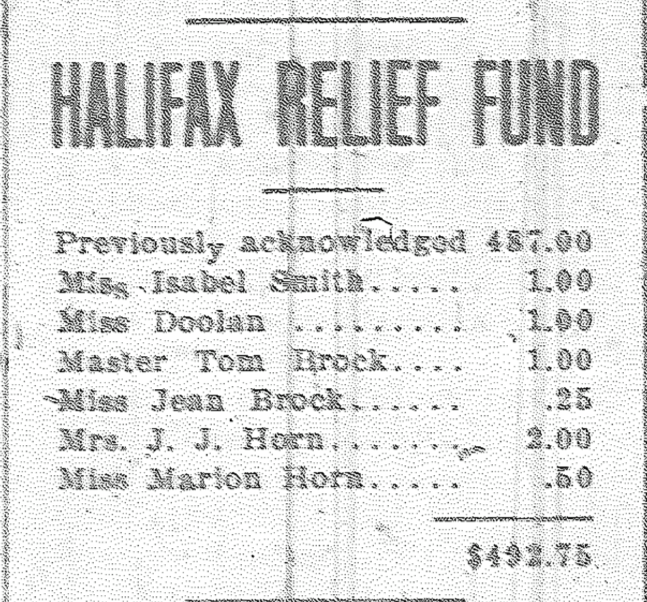