On This Day: Eddy Cobiness was Born

On this day (July 17) in 1933, Eddy Cobiness was born in Warroad, Minnesota. He would later live at Buffalo Point First Nation, Manitoba.

A self-taught Anishinaabe artist, Cobiness is known for his work in the Woodland School style. He gained an appreciation for watercolour painting during his service with the US Army in the 1950s. Cobiness was also a member of the Professional Native Indian Artists, Inc., often referred to as “The Indian Group of Seven.”

Though he began depicting realistic scenes, Cobiness’ work evolved into an abstract style. He was influenced by the artwork of his colleague Benjamin Chee Chee and by Pablo Picasso’s use of line and colour. With the success of his ink and watercolour drawings in the 1960s, Eddy Cobiness’ career flourished.

Cobiness’ works can be found in collections across the country, including the Canadian Museum of History, the McMichael Canadian Art Collection, and the Douglas Family Art Centre!

This is one of three Eddy Cobiness pieces that we have in our permanent collection. 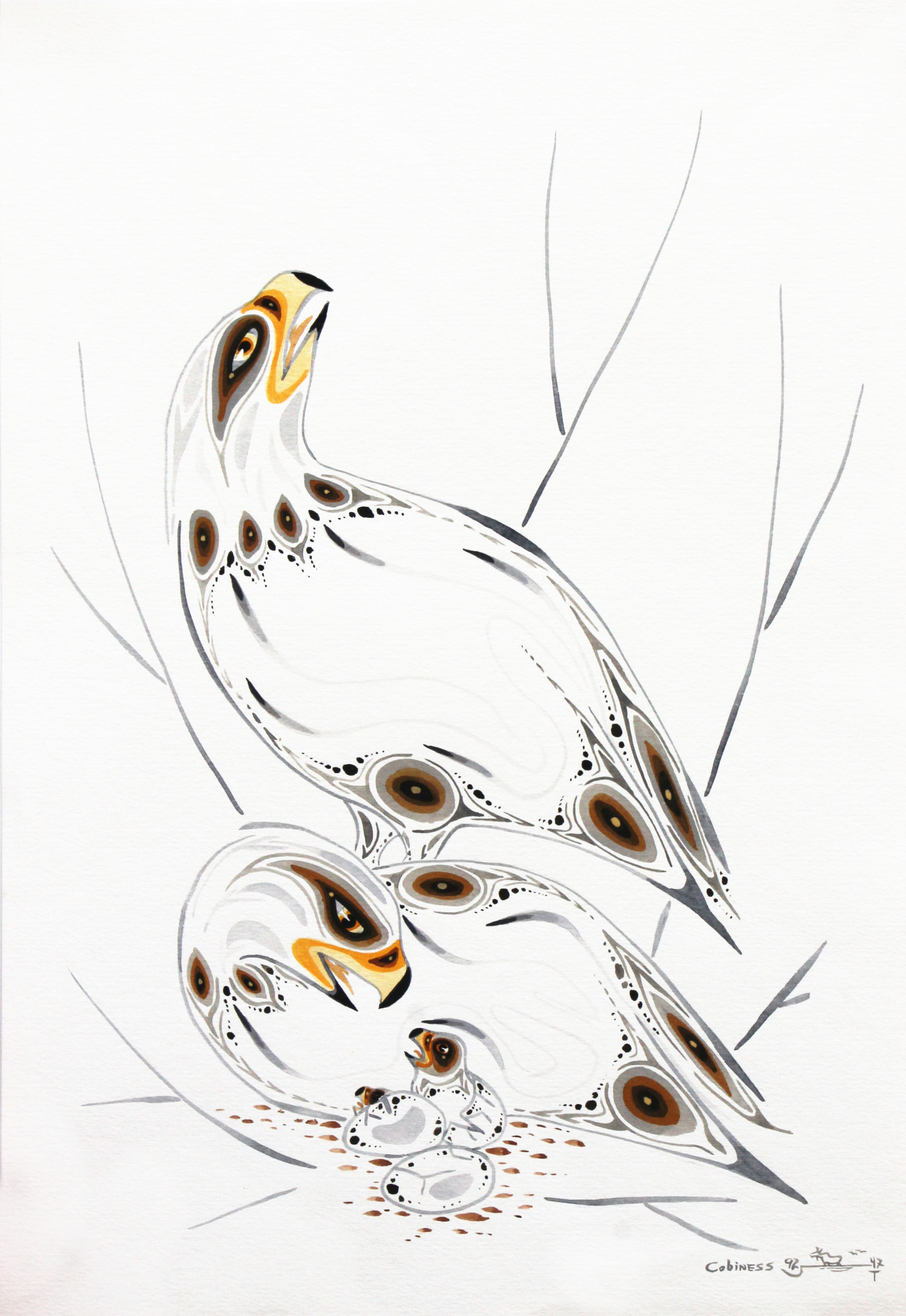