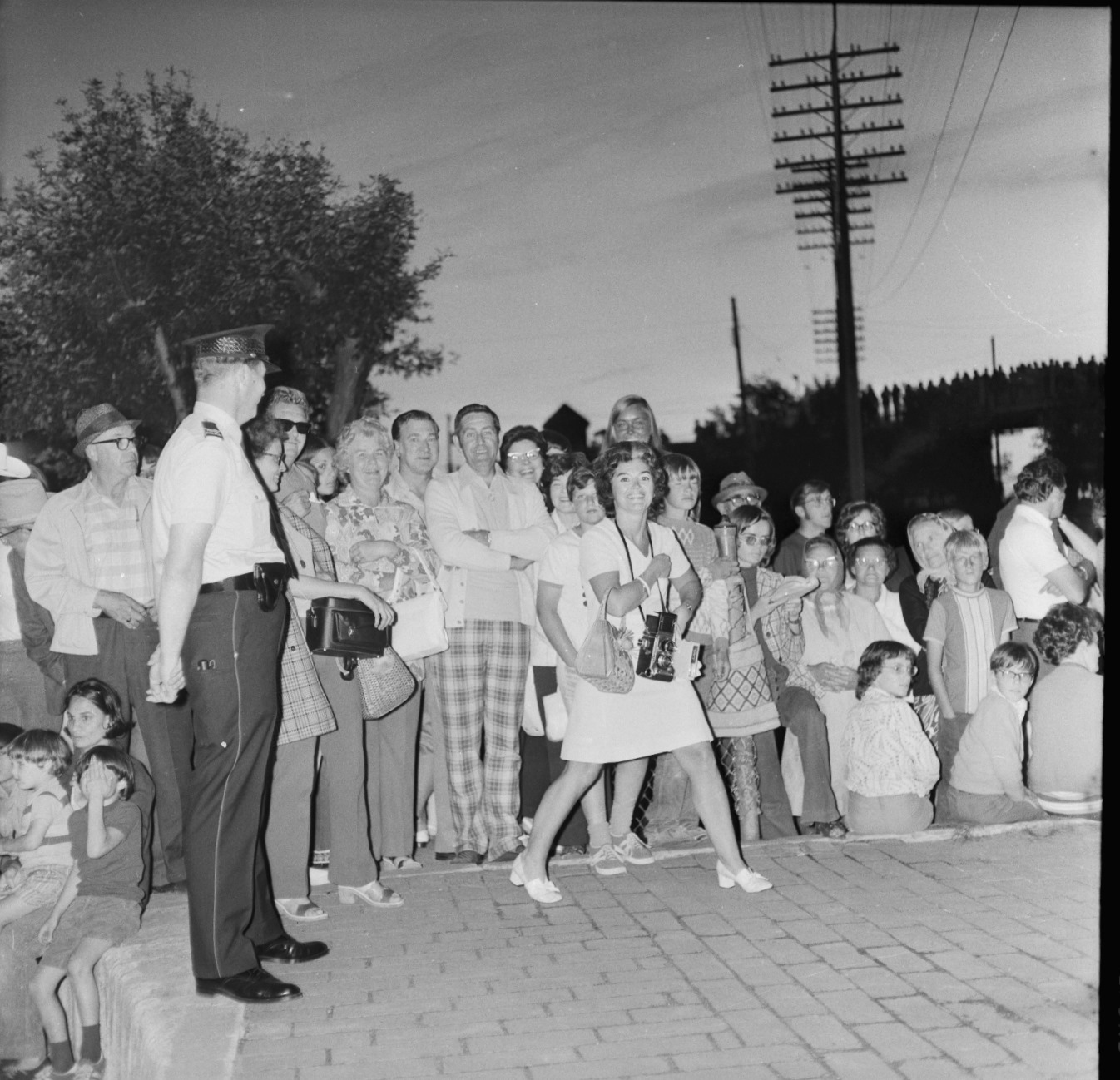 In 1969 Ruth Bowiec approached the Daily Miner and News with a proposal to write a local social column. Ruth felt there was not enough interest at the paper regarding articles pertaining to women and decided to “take the bull by the horns.” She spoke to Owner/Publisher Stuart King and asking him to consider hiring her to write articles on women’s interest issues. She was hired on an interim basis and quickly became one of the most popular writers at the newspaper, eventually rising to the rank of Lifestyle Editor.

Her column, The Bee Line, covered everything of note from local weddings and parties, goings on at the museum and other organizations in town, all the way up to interviewing ambassadors, Governor Generals, and Prime Ministers. For nearly 50 years, Ruth’s writing has captured the essence and flavour of life in Kenora like no one else has.

Ruth is pictured here (in the middle with the large camera) during the 1972 visit of the Trudeau Family to Kenora. She didn’t know at the time, but she would covering two Prime Ministers that day (though Justin was just a baby).

Kenora was once claimed by Ontario and by Manitoba. Both provinces claimed the area between 1878 and 1884. The case was resolved in 1884 by Queen Victoria’s Privy Council, the highest court in the world at the time.