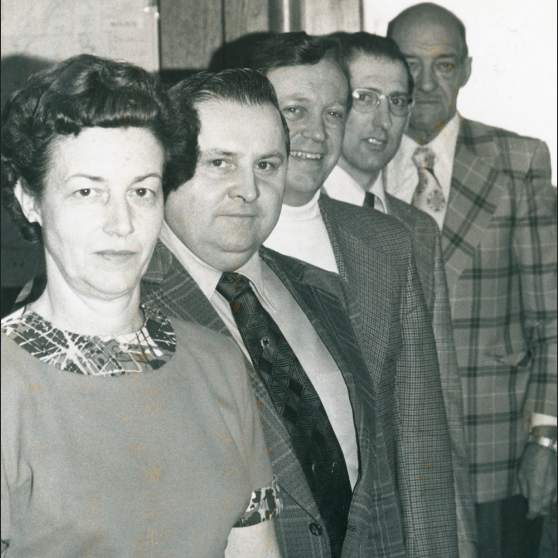 Emma Sharpe was one of Kenora’s early businesswomen.

She was born in Hamburg, Germany and by a circuitous set of circumstances, found her way to Rat Portage with Ernest Sharpe who she had married in 1882. Within a couple of years she was running the Bismarck House, a boarding house on the southeast corner of Second Street and Hennepin Lake. Her main clientele were young working men. The 1901 census indicates that among her boarders were: two farmers, a factory labourer, gold miner, carpenter, railway foreman and labourer, stone cutter and a painter/decorator. She sold the boarding house in 1916.

She wisely invested in several strategic properties in town, owning at least six rental houses and building the Sharpe Block on Second Street that housed retail shops and offices.

In 1929 she bought a McLaughlin Buick and learned to drive. She was 76 years old.