Happy Valentine’s Day from The Muse!
Valentines Day cards first became popular in the late 1800s when advances in technology meant they could be printed and mailed cheaply. By 1900 millions of cards were being sent every year!
This card was donated to the Museum by Gloria Alcock. It was originally sent to Gloria’s mother, Grace Jardine, from a special friend named Howard. It is a classic Victorian style card, but we think it was printed sometime around 1930. 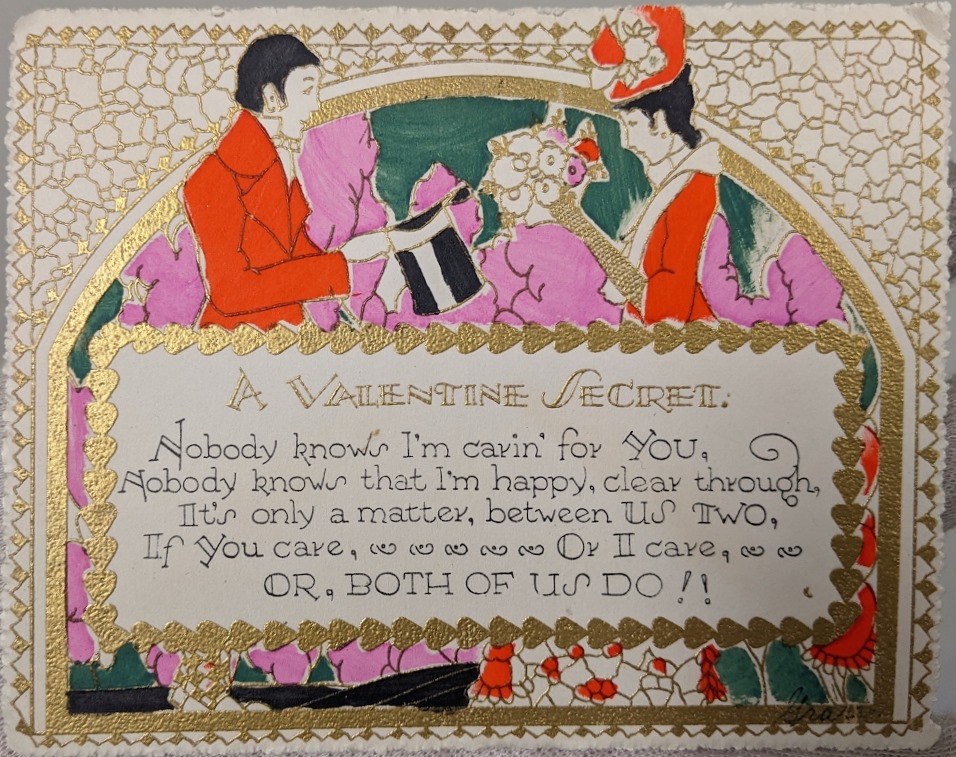 ← Maud Lewis & Reopening of the Muse! From the Collection: Buttoned Boots →