Over the last few weeks, the smoke from nearby forest fires has led to “Smoke” being a common term used in the local weather forecast. According to recent reports, there are over 130 active forest fires in Northwestern Ontario.

The heavy smoke from these fires blankets the sky in a hazy yellow cloud, and even sometimes causing the sun to shine a bright red.  The visual effect is rather post-apocalyptic.  So why does this happen?  It all has to do with the different wavelengths of colours in light, and the particles in the air that block them:

“In short, the smoke is blocking shorter wavelengths of light, and the yellow and orange wavelengths are the ones that make it through.

During a sunset, the sun’s light has to pass through more of the Earth’s atmosphere, leaving the longer red wavelengths as the ones visible — which is why sunsets are red and pink. The scientific name for it is “Rayleigh scattering.”

During an event where there are wildfires and a lot of smoke, the particulate matter — organic carbon and other things that are in the Earth’s atmosphere — blocks some of the sun’s light.”

It seems Walter J. Phillips may have experience a similar summer of forest fire smoke 86 years ago. This colour woodblock print titled Smoke Haze, Lake of the Woods (1935) depicts a smoky lake scene, where the distant shoreline is faintly coloured and difficult to make out, with a red sun, brightly coloured yet slightly muted by the smoky air. 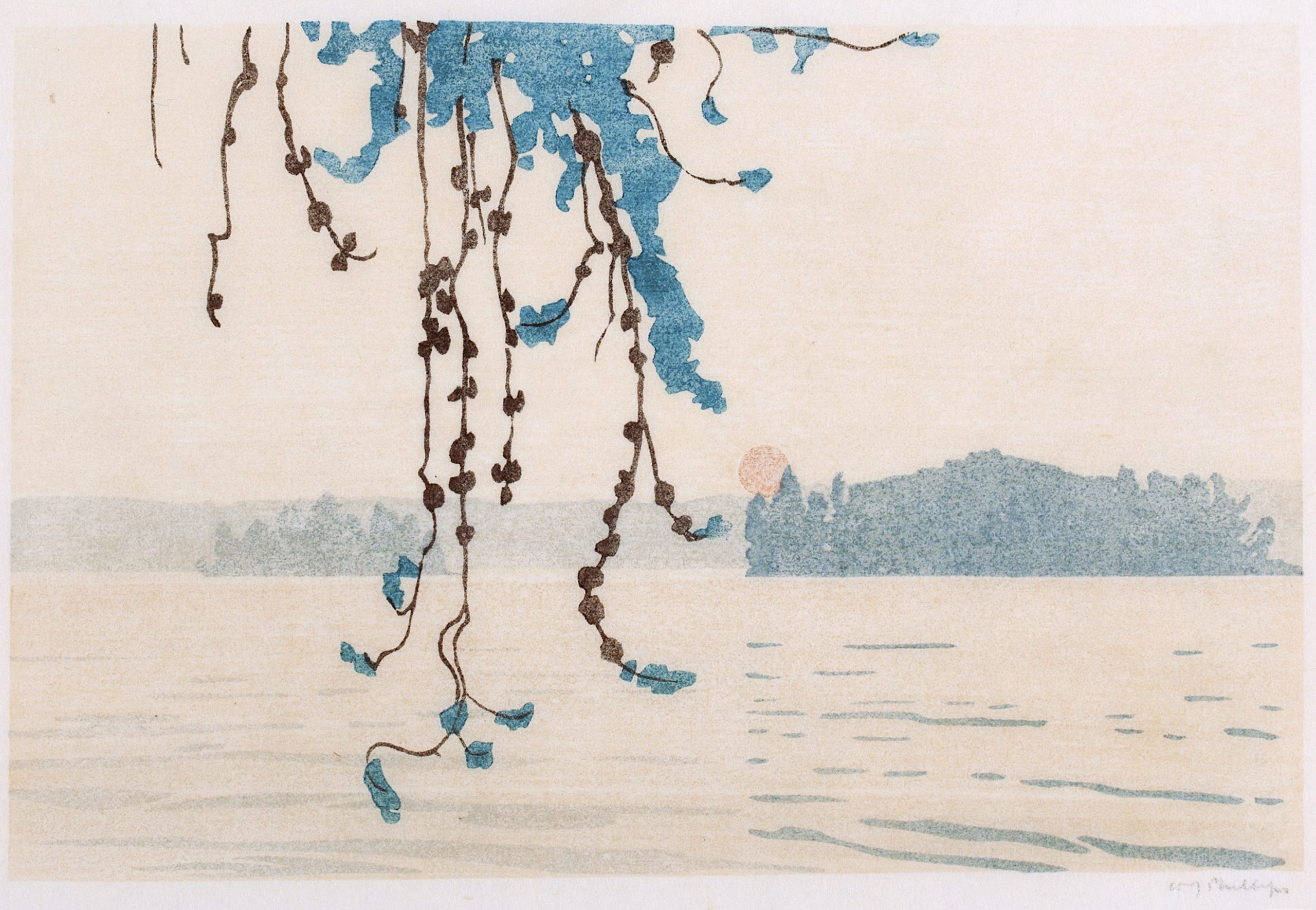 Hopefully the rain will come soon to clean the air and control the fires that have been raging across the region!

Sources:
Why does the sky look yellow during a wildfire?
Over 130 forest fires in northwestern Ontario, air quality statements issued again