From the Collection: Poppy from France (1917) 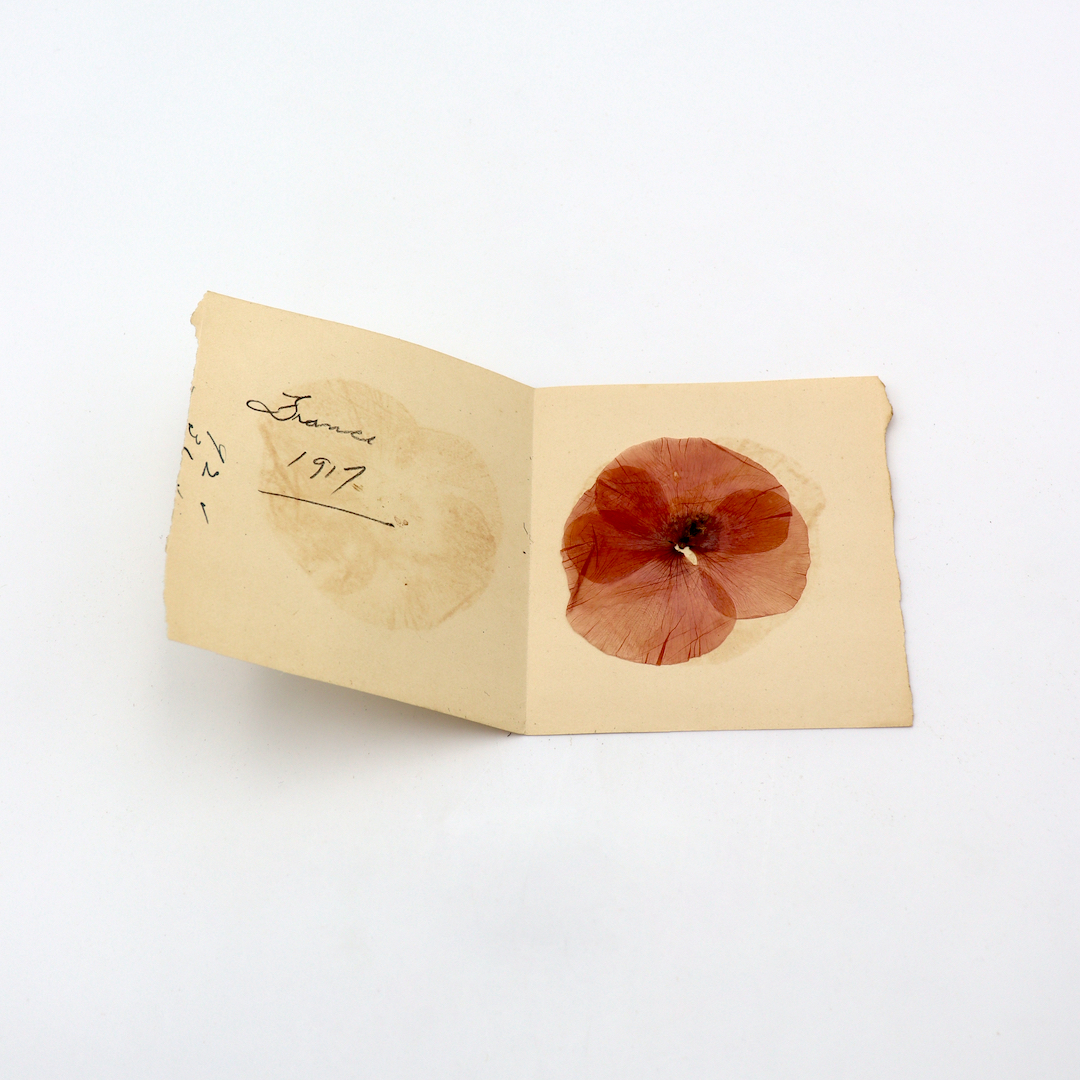 The first World War had already been raging for three years when this poppy was picked in 1917. Harold Machin, who had been stationed in Europe during that time, came across the poppy in a field in France. He picked it, and pressed it between the pages of a book. The book he likely chose was his copy of “Notes for Infantry Officers on Trench Warfare”, since that is where the flower can still be found all these years later.

When Machin picked the poppy, it would have had a similar meaning to him as it does to us now. “In Flanders Fields” had been published two years earlier in 1915, and even if Machin had’t had the opportunity to read it, he would have seen the hardships described in the poem firsthand. It’s hard to say why Machin chose this particular poppy, but even after 100 years, its meaning stays as a reminder to us that we can never forget.