From the Collection: Buttoned Boots

Starting in the 1880s, one of the most popular items for any women to have was a pair of buttoned boots.  They were nearly essential, not only because of their flattering look, but because of their efficiency.  With a pair of buttoned boots, women could easily cover their ankles, something ideal for any dress with a shorter hemline.  And, unlike laced boots, they wouldn’t come undone during the day!

For over 30 years, they were a must have for any woman.  That is until World War I began, and leather had to be rationed. After that, as the hemlines on dresses became shorter during the 1920’s, this style fell out of favour and buttoned boots were no longer popular. 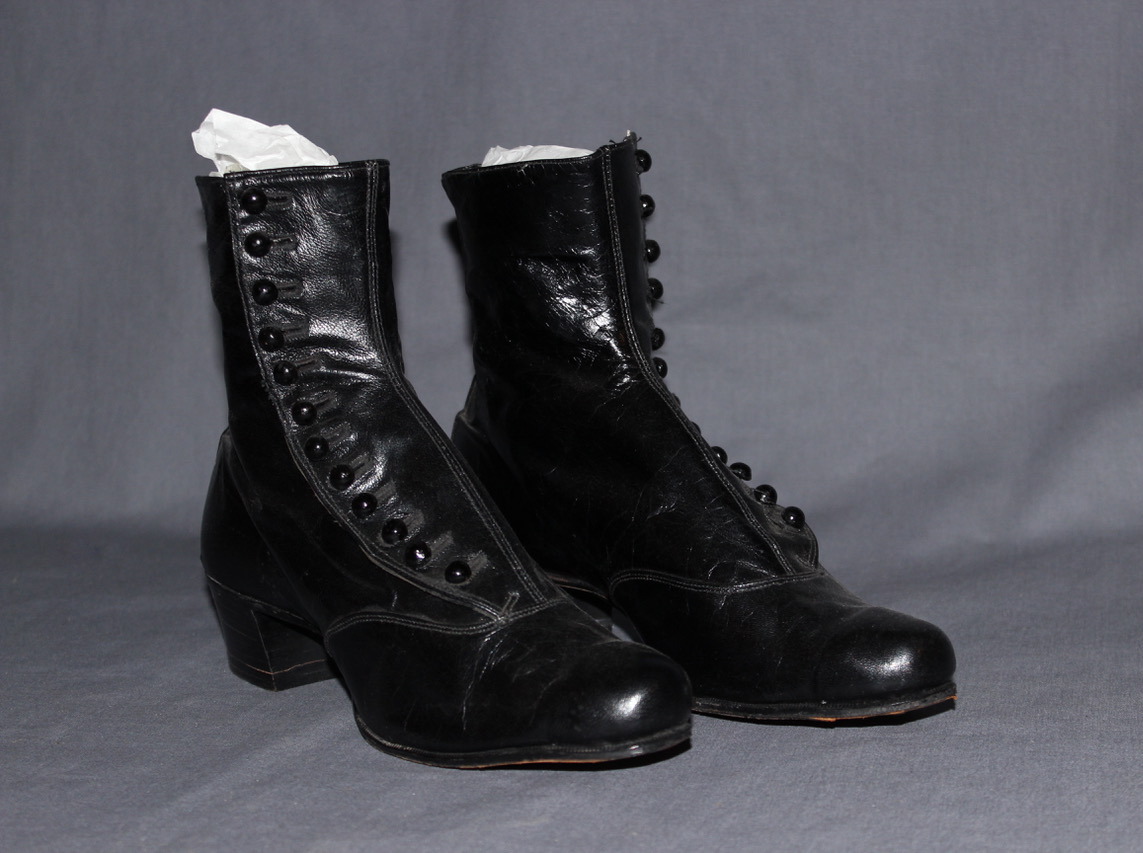