From the Collection: Bearpaw Snowshoes

These wider shoes could be packed quite easily and were more efficient if the shoes had to be taken somewhere.  However, they were also much more difficult to walk in because of their wide frame.  Some shoes were also decorated with tassels of fabric so that they could be easily identified, but they were also used to mask the wearers scent, something useful for trappers and hunters. 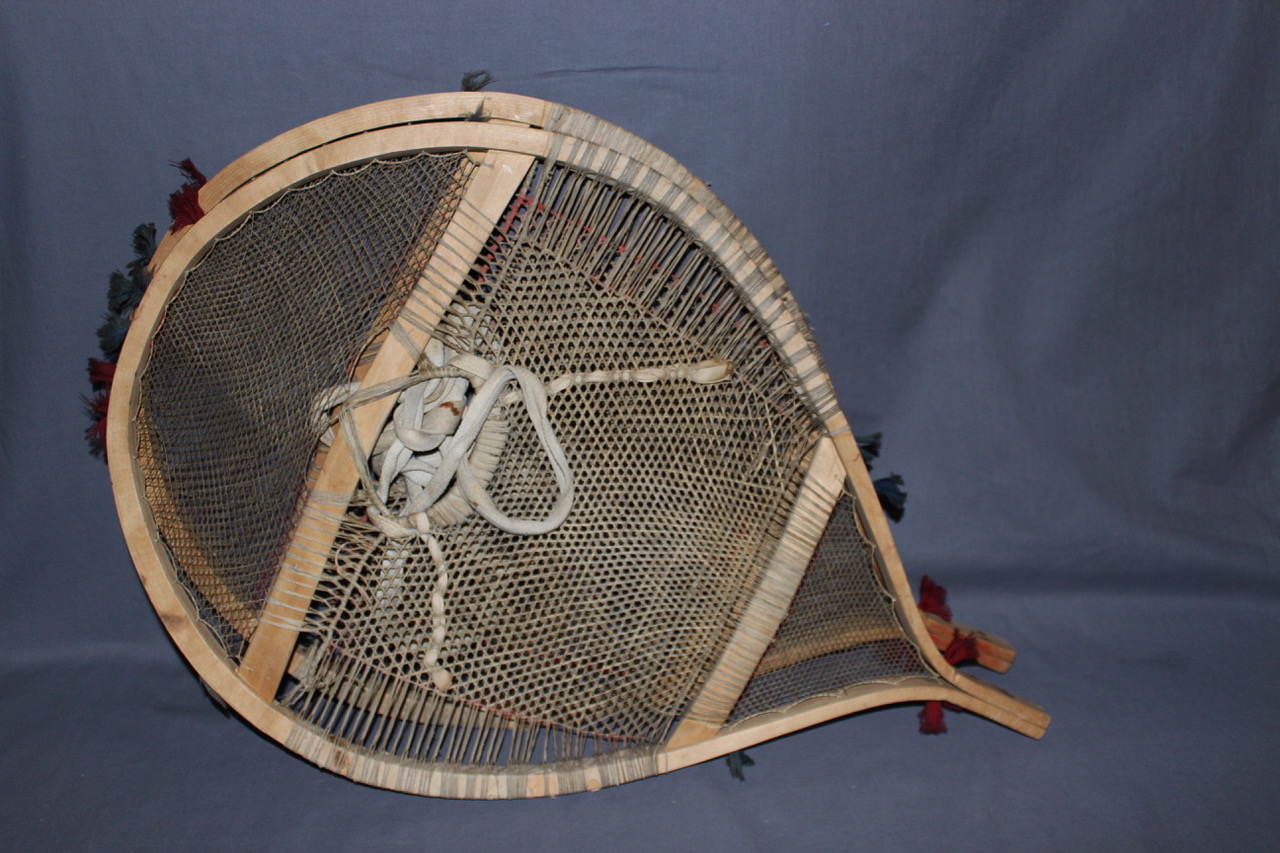 ← The Tradition of the Downtown Christmas Tree in Kenora From the Collection: Fels-Naptha Soap →

The Burley Mine was a single shaft gold mine that was sunk into a very small rock outcrop on the lake.  To stabilize the entrance the owners built cribbing around the rock.  The small, perfectly square island remains there to this day.