From the Collection: Allenbury’s Feeder

In Swedish tradition, thin bread is very common.  For centuries, it’s been a simple and tasty recipe for families to enjoy.  Recipes for thin bread can vary, as many families would have their own versions that would be kept secret.  However, traditional thin bread is made with wheat and barley as its base.

Once the dough was made, it would be rolled thin and rolling pins covered with spikes would be used to puncture holes into the bread.  That way, the bread would not rise when baked and would remain thin.  After being baked, the thin bread could be enjoyed with butter, jam, cheese, or salmon. 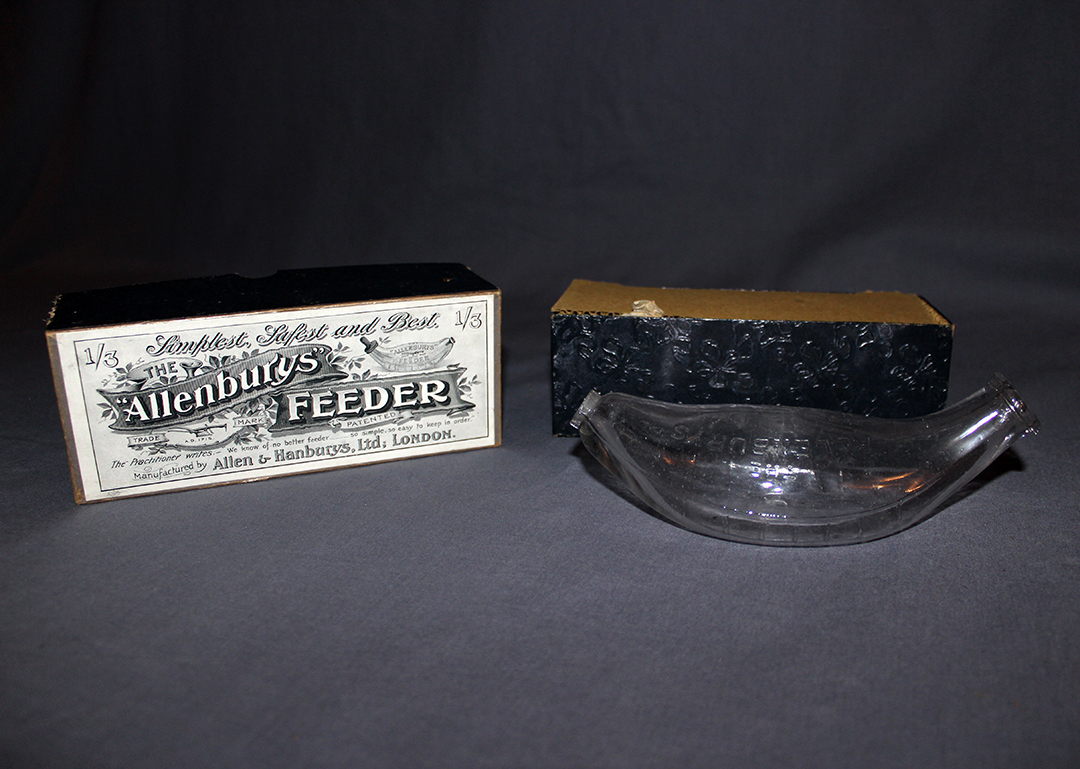