With Father’s Day tomorrow, we thought we would share with you the story of one father, Sydney Wilcox, and his loving letter to his 6 year old daughter while he was away overseas. 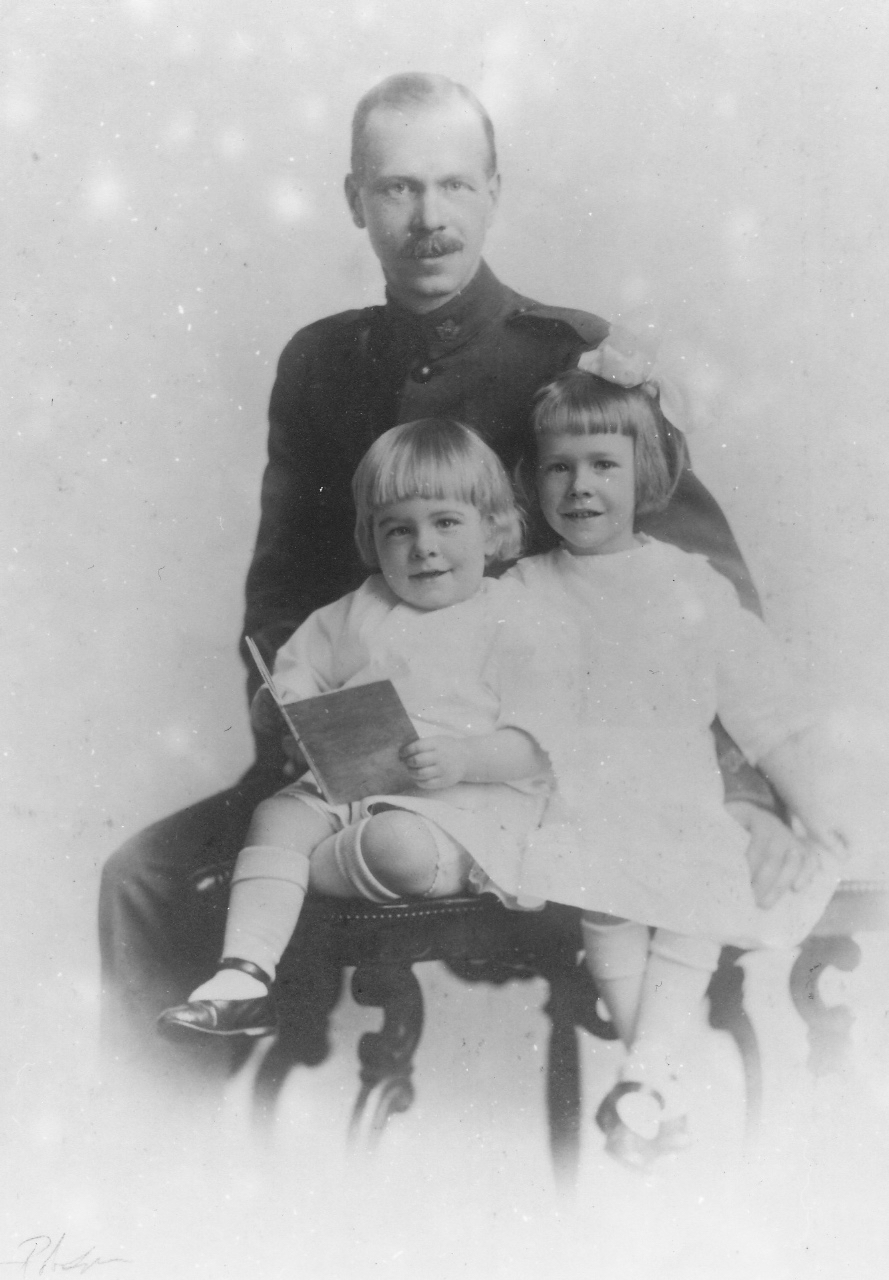 From the Kenora Great War Project:

Sydney’s military career had begun as early as 1901 back in his home town of Windsor, Nova Scotia where he was a Second Lieutenant with the 68th Regiment.

With his bride, the former Constance Whitman, Sydney moved to Kenora in late 1910 or early 1911 where he found work with the Canadian Pacific Railway. By the time he signed his Officer’s Papers in Winnipeg on 4 January 1916, the couple had two small children, Gertrude and Charles.

Going overseas with the 100th Battalion, Sydney was to spend most of the war with the Canadian Railway Troops, achieving the rank of Major. He wrote home to Constance and the children, remembering their birthdays and sending small gifts such as the two silver rings which are in the Lake of the Woods Museum’s collection.

Major Sydney Charles Wlicox wrote a letter to his daughter Gertrude on the occasion of her 6th birthday.  You can listen to a performance of his letter below.

← Watch Our Virtual Tour of Colour with a "U" Shop the Muse: Indigenous History Month Reads →