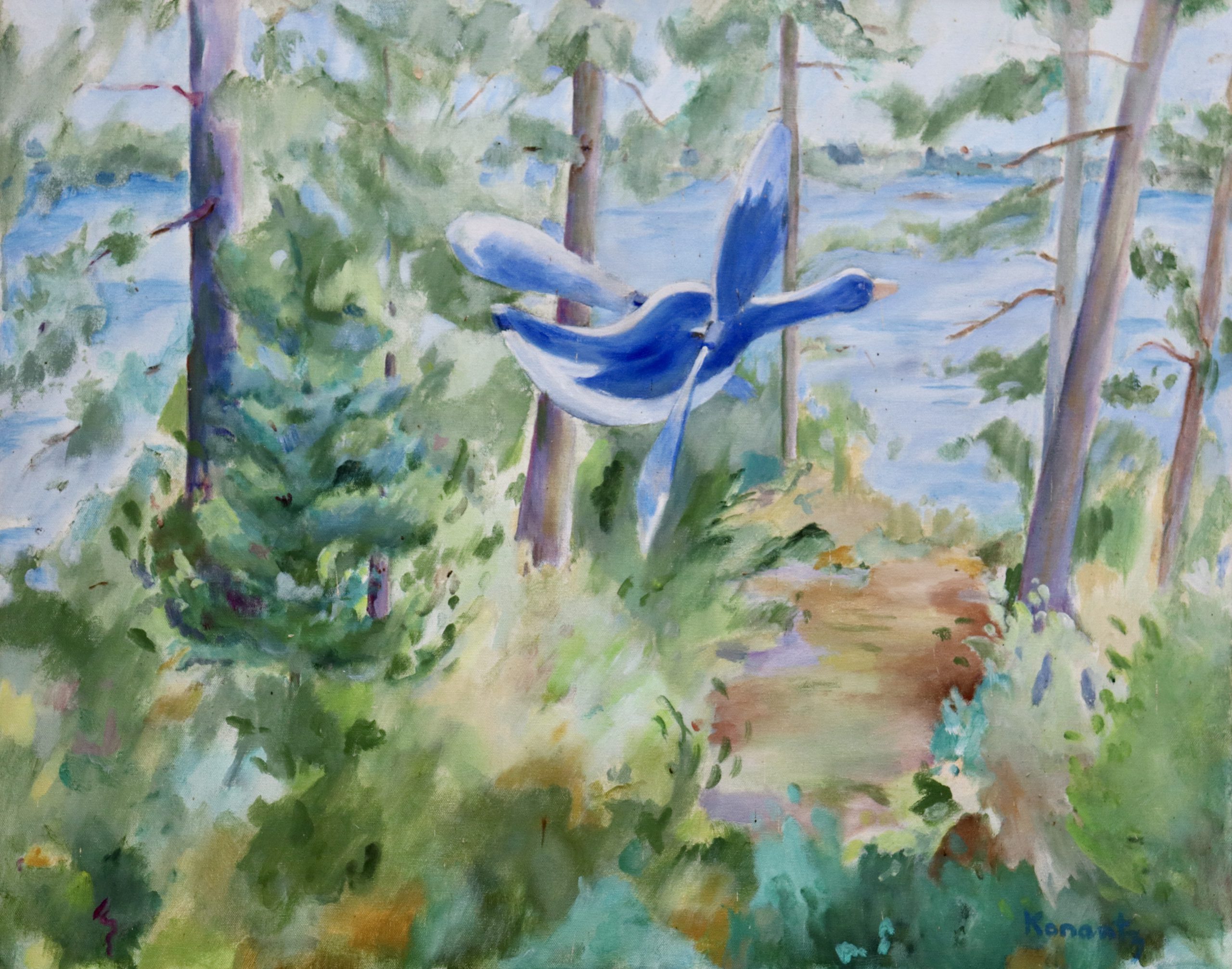 Gail Konantz (1936-2018) was a painter and longtime summer resident on Lake of the Woods. She was a creative force — a “Gailforce,” as her family called her — who earned her Masters of Fine Arts from the University of Manitoba. She worked at the Winnipeg Art Gallery and as an art educator in both private and public school systems.

Wonder, creativity, and excitement defined Gail’s life. Former student Sara Thomson described her: “In her art room, Mrs. Konantz was like a sprite, a wondrous creature whose energy and enthusiasm was contagious. She moved around the classroom like a whirling dervish and we students were mesmerized.” Those qualities extended beyond the classroom into all aspects of her life.

Gail’s own artwork, done primarily in acrylics, spans a variety of subject matter including nature, still life, abstraction, portraiture, fantasy, and animals — particularly birds. Her artwork is whimsical and joyous.

“She was a prolific artist. She loved to wonder and to be astonished, and her creativity and curiosity were boundless. She always felt complete and whole when painting and described having butterflies when seeing other’s art.”

This show features a selection of 25 of Gail’s paintings from several Lake of the Woods collections. It highlights what we love about lake life!

To honour and extend the influence of Gail’s joy and creativity, friends and family have established the Gail Konantz Art Education Fund to support visual arts education for youth and adults at the Douglas Family Art Centre. The endowment fund provides material support for art projects, classes and activities to inspire and encourage the artist in each of us, something that was close to Gail’s heart.

This fund has been invested with the Kenora and Lake of the Woods Regional Community Foundation as an endowment fund which will ensure that Gail’s positive creative influence will continue in perpetuity. For information on how to support this fund, click here.