ART AT THE LAKE: Celebrating 60 Years of the Sioux Narrows Arts Festival 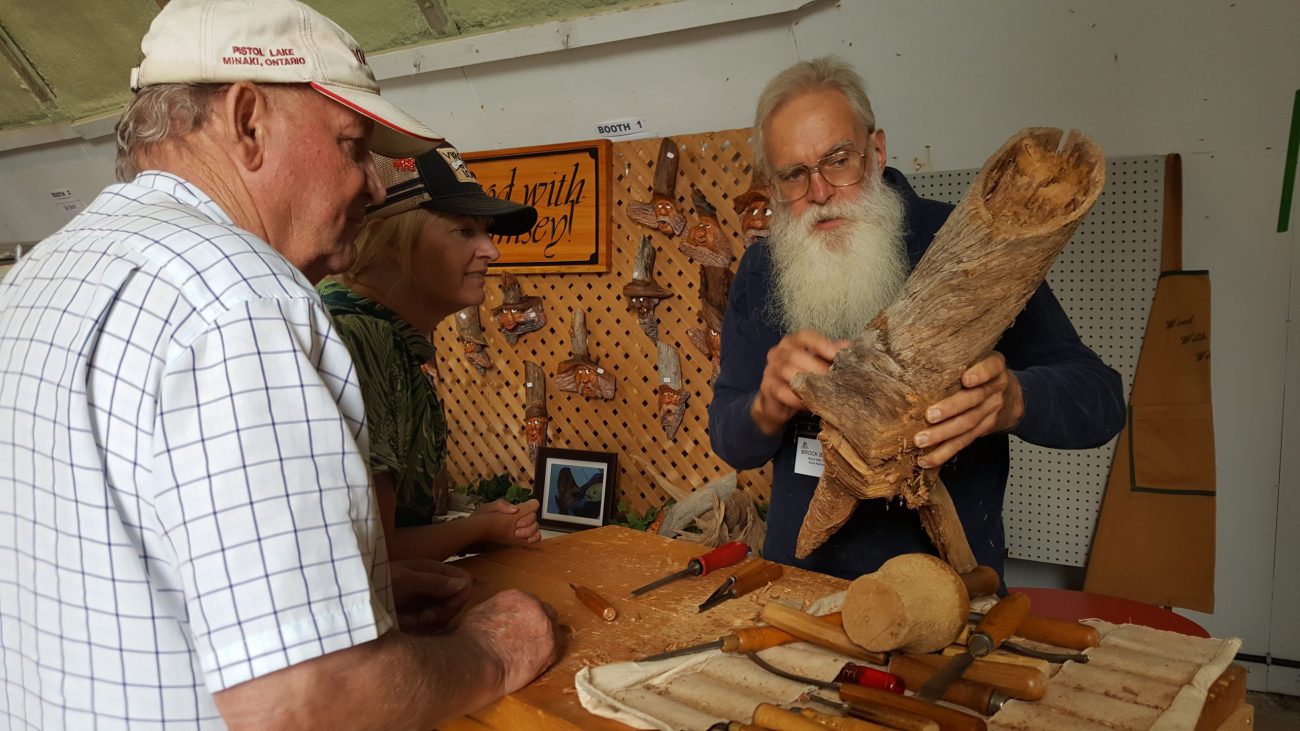 Art at the Lake is a celebration of the 60th anniversary of the Sioux Narrows Arts Festival. It features the artwork of twenty past and present artists who have contributed to the Festival over the years. The works are either on loan from the artist or from private collections.

It all began with the idea to form a Sioux Narrows Arts Council. The founding group of Bruce and Dorothy Johnston of Winnipeg, Manitoba, Dr. and Mrs. John Perl of Chicago, Illinois, and Mr. and Mrs. Ralph Lohr of Muscatine, Iowa established the Council in 1961.

While it had already been a practice for a couple of years for community artists, gardeners and artisans to meet and show their work at various family events over the August long weekend, the Arts Council decided to make it an official event. The first Sioux Narrows Arts Festival was held on the August long weekend in 1961. The local community hall was chosen as the venue and word got out that everyone was welcome to display their work. The building filled up with collections of carvings, paintings, artifacts, crafts and baking.

According to the Winnipeg Tribune the Sioux Narrows community hall “burst forth in a frenzy of creativity and fun that has left everybody breathless,” and the event “… was so successful and grew to such proportions that of course it will be repeated next year.”¹  Repeat it did, from that year on.

Organized by the Sioux Narrows Arts Council, Art at the Lake is a part of this summer’s 60th anniversary celebrations.

The Burley Mine was a single shaft gold mine that was sunk into a very small rock outcrop on the lake.  To stabilize the entrance the owners built cribbing around the rock.  The small, perfectly square island remains there to this day.