Art For Lunch Film Screening: “Affairs of the Art” and “The Creative Process: Where do I Start?” 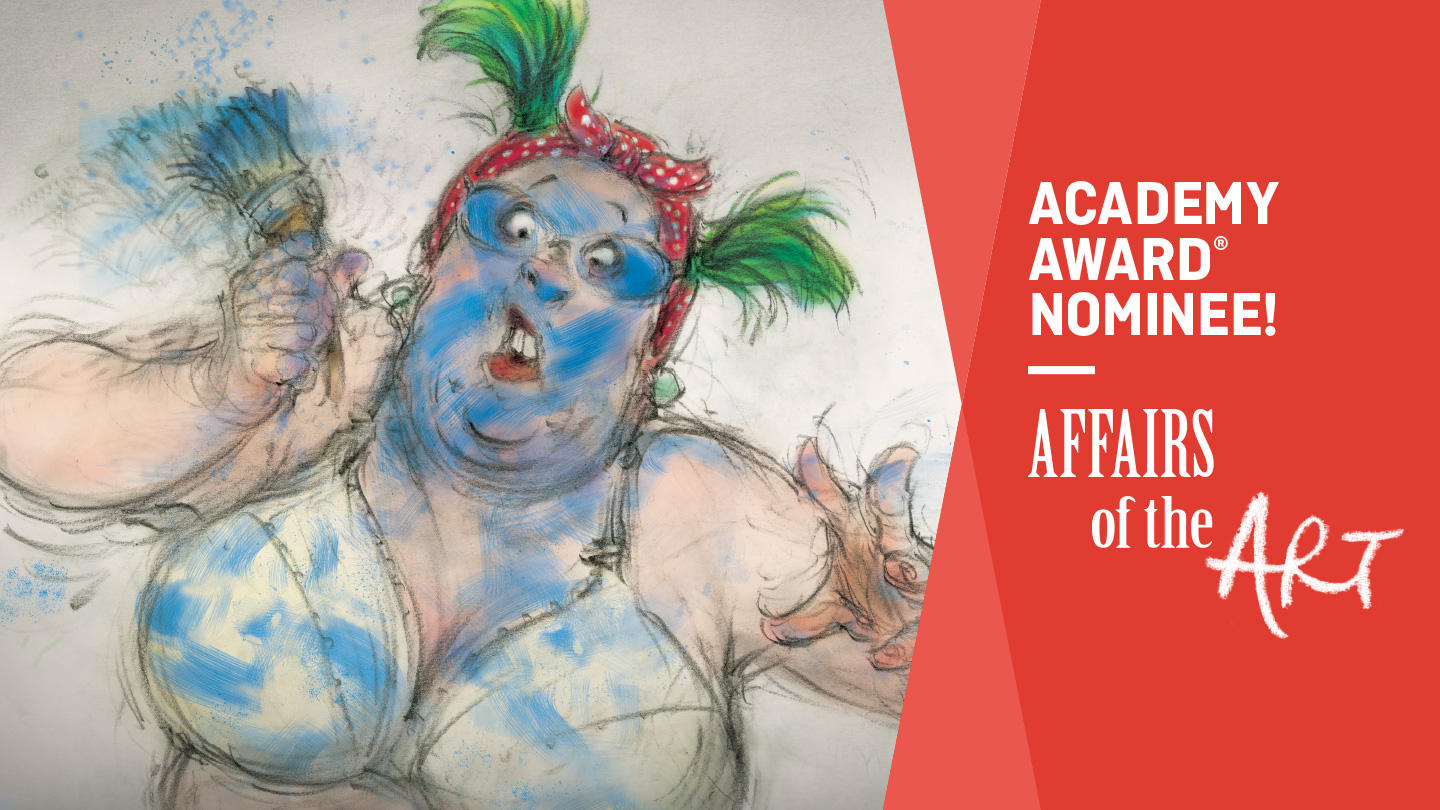 Join us at the Douglas Family Art Centre over your lunch hour to screen the films Affairs of the Art by Joanna Quin and Les Mills and The Creative Process: Where do I Start by Scott Smith. The screening will take place in the studio.  Feel free to bring your lunch.

FILM SYNOPSIS: Affairs of the Art

With Affairs of the Art, director Joanna Quinn and producer/screenwriter Les Mills continue the series of beloved, hilarious and award-winning animated UK films starring Beryl, a 59-year-old factory worker who’s obsessed with drawing and determined to become a hyper-futurist artiste. We also meet her grown son, Colin, a techno geek, her husband, Ifor, now Beryl’s model and muse, and her sister, Beverly, a fanatical narcissist living in LA. Affairs of the Art provides glimpses into Beryl’s, Beverly’s and Colin’s peculiar childhoods, and we see that obsession is in this family’s DNA.

The first co-production between Beryl Productions International and the National Film Board of Canada, Affairs of the Art features Quinn’s signature hand-drawn animation with attitude and Mills’ raucously humorous scenarios, in an endearing romp through one family’s eccentric addictions.

Beloved films by Beryl Productions include Body Beautiful, Dreams and Desires: Family Ties and most recently, Affairs of the Art, a co-production with the National Film Board of Canada. The company has won close to 100 international awards, including three Emmys, four Baftas, the European Cartoon d’Or and numerous Grand Prix Jury prizes.

FILM SYNOPSIS: The Creative Process: Where do I Start?

This short documentary captures the savvy of great Canadian storytellers on film. Sharing their insights on inspiration, authenticity, tenacity and what compels them in their creative endeavors are Double Happiness director Mina Shum, Oscar® winner Denys Arcand, The Hockey Sweaterauthor Roch Carrier, Emporte-moi director Léa Pool and Zacharias Kunuk, the filmmaker behind Atanarjuat (The Fast Runner).

Films provided courtesy of the National Film Board of Canada. To watch other engaging NFB content, go to nfb.ca