Did You Know?  Before the Kenricia sat on the corner of Second and Main Street there was another grand old hotel on that site. The Hilliard House Hotel was considered one of the biggest and best hotels in western Canada (outside of Winnipeg).  It was operated by Louis and Annie Hilliard.

The original Hilliard House had a mansard roof and large second floor balcony.  In 1889 the Hilliards bought the adjoining lot and built a large addition.  That is shown pretty clearly with half of the building with a mansard roof and the other half with a flat roof in an 1891 photo.  By the time 1897 rolled around the entire building had been renovated to have a flat roofline.

The Hilliard House and its neighbour the Queen’s Hotel were both lost in a disastrous fire in January 1902.  The Tourist Hotel (now known as The Kenricia) was built on the footprint of the former Hilliard House, and was opened in 1910. 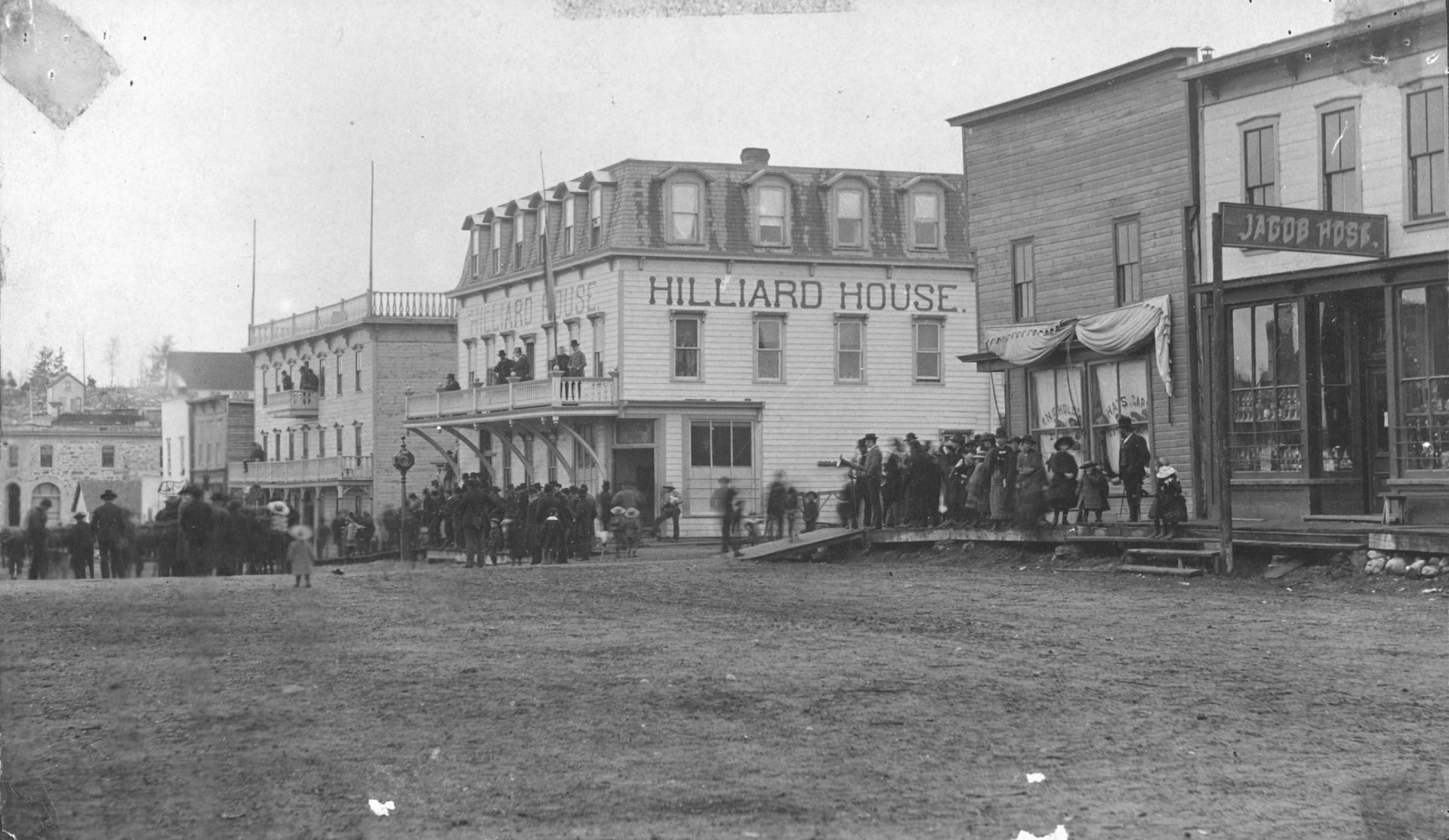 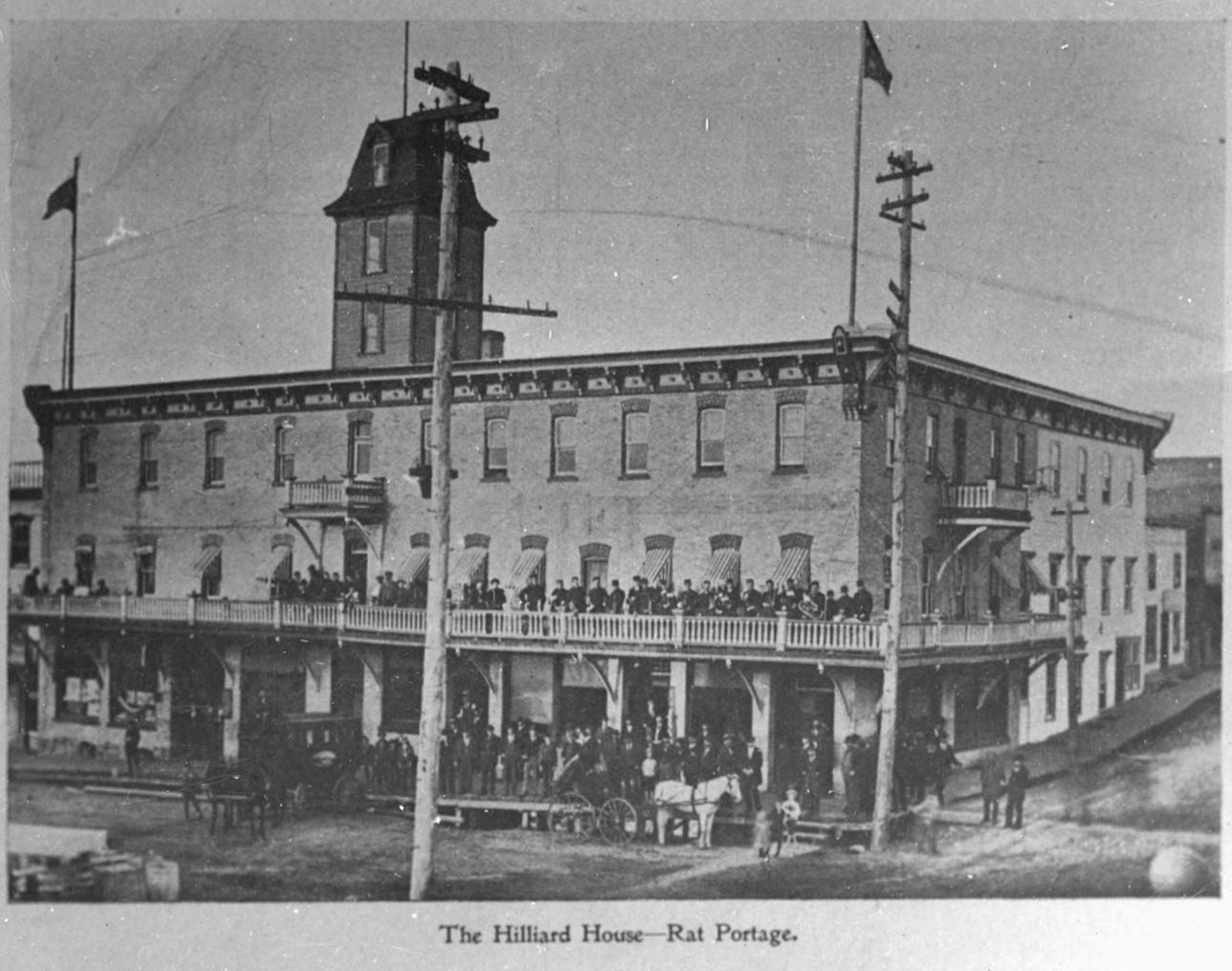 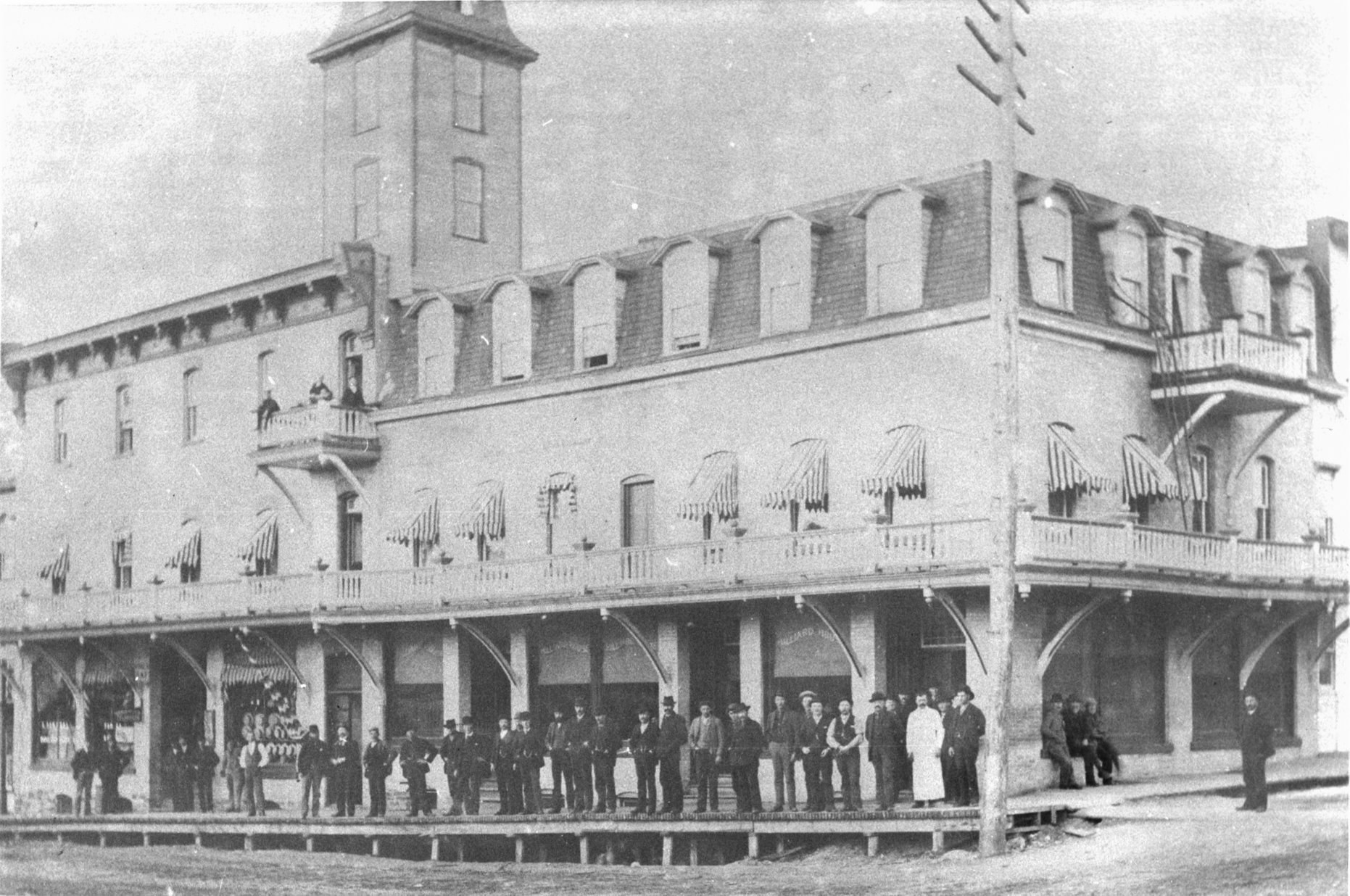 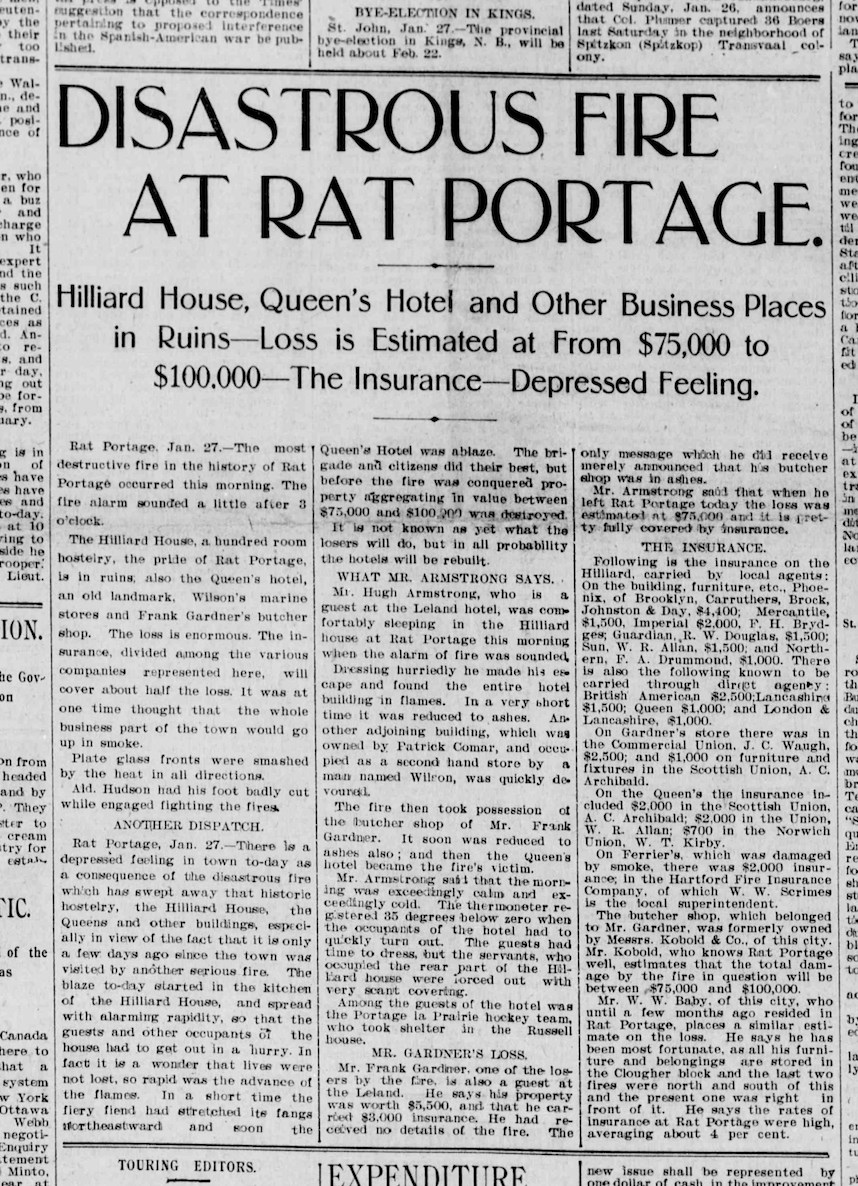 Some names that were originally considered instead of Kenora were— Sultana, Island City, Norman, Pequonga, Lakeside, Imperial, Portage Falls, and Goldwater.