In the year 2000 the Retired Teachers of Ontario, District 26, Kenora, embarked on an ambitious project: to compile a history of Kenora area schools from 1883-2000 through written records, photographs and artifacts. The History 2000 committee of Dorothy Beach, Jim Irish, Don Fedus, Joan Fife, Helen Stemerowicz, Gloria Harvie and the late Josephine Stemerowicz, were joined by countless others to compile this history. The results of their hard work were donated to the Lake of the Woods Museum.

With school back in full swing, we thought we would look back at some memories of one of Kenora’s most memorable schools, Central. These stories were collected by Joan Fife and her daughter Susan McNally. Enjoy!

HOW WE SPENT OUR SUMMER VACATION (WARTIME VERSION)

by Betty Hicks, with assistance from Phil Burke

In 1943 the Second World War raged on without an end in sight. In the spring of that year, the Federation of Women Teachers Association of Ontario suggested that its members consider spending their summer vacation working in war plants relieving women who were employed there on a full-time basis.

Four Kenora teachers took the challenge – Betty Garrood (now Hicks. Herb was serving in the army in Italy at the time), Helen Mack (Favreau), Aina Samson (Jacks) and Dora Forstrom (Cox). They traveled by train to Toronto where they found their own accommodations and went through various security screenings. They were also tested and trained before being set to work. One of the tests was to determine whether they were ambidextrous because some of the assembly lines required this ability. Betty was.

For their efforts they received 40¢ an hour plus 2-1/2¢ living allowance and 25¢ a day for lunch. Even by 1943 standards, this could be viewed as volunteer work although there were small compensations. They worked for General Engineering Company making anti-aircraft shells. This particular plant was built into the side of a grass-covered hill. There were no windows to the outside. All workers were required to wear white denim fireproof coveralls that were tied at the ankles, wrists and neck. Hair was covered with a turban that proved very hot at times. Rubber-soled shoes were necessary as was underwear with no metal clasps because there was constant concern for static electricity. Thunderstorms proved to be frightening experiences.

Betty installed the primers; Aina filled the shells with gunpowder and Helen was a “ringer” which meant she had to crimp the shells. Dora’s specific job description is lost to time. The women worked eight-hour shifts with breaks and to pass the hours on the assembly line, they would sing and tell jokes, some of which were quite raunchy. When they found out that the Kenora four were all teachers, they tried to shock them. However, they were friendly and the quota system ensured that the work was done efficiently. Night shift was difficult because they were not used to sleeping during the day.

One night one of the women went outside for a smoke break. She had failed to wash her hands very well and when she lit the match with her thumbnail, the gunpowder lodged under it ignited and she lost her nail. 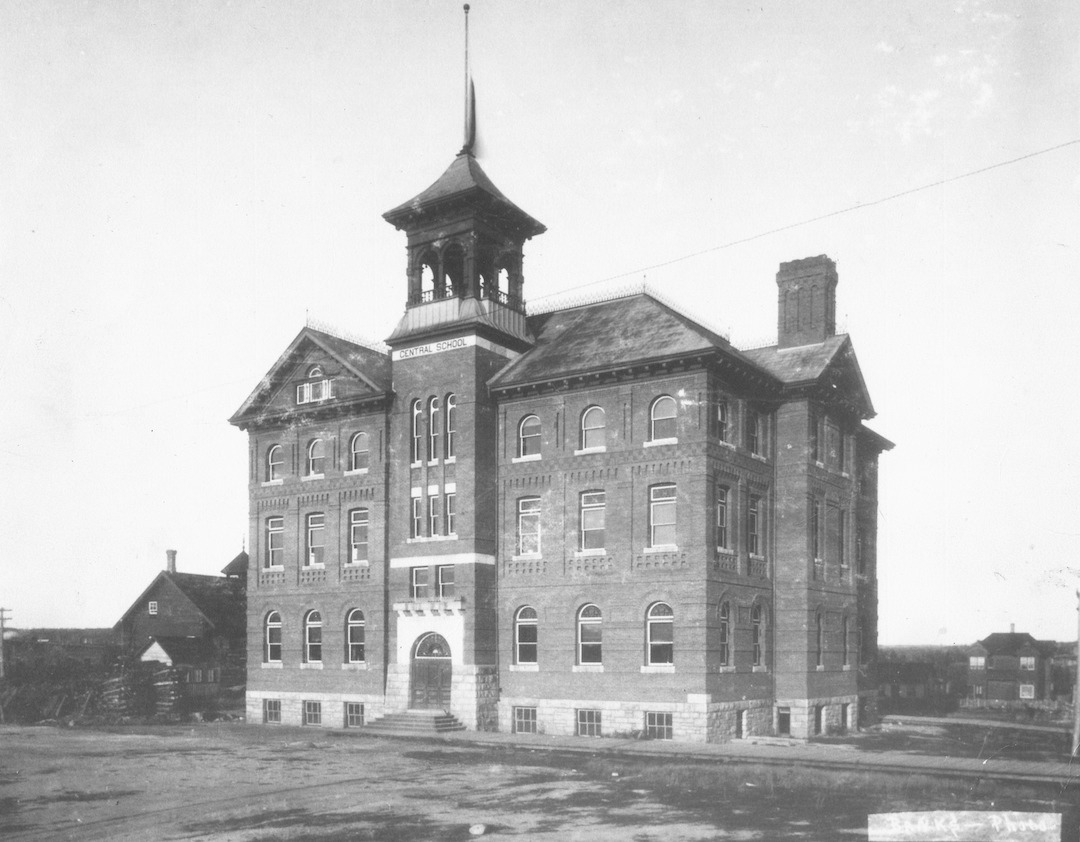 The next spring, the four were upset when they had to pay income tax on the little they had earned after giving up their summer. However, they had the satisfaction of helping the war effort. “But,” Betty said, “I, for one, was glad to get back to teaching. Production line work was not for me. However, the women for whom we substituted certainly deserved their holidays.”

May 1st, 1950 – a dark day indeed! Can it really be fifty years ago? The memory of that terrible sinking feeling is still vivid today, for that was the day, the only time in my life, that I ever received the dreaded pink slip. In this case, it was a registered letter from the school board, delivered on the last legal date, telling me that my services were no longer required, since married women were no longer employed by the board.

We had heard rumours to the effect that married women would not be hired in the future but when I had applied in the spring of 1949, I had stated quite honestly that I was planning to be married during the year. The board accepted my application without mentioning their restrictive policy and I spent a happy and productive year at Central School.

In my case, at least, I had committed the crime of getting married, but for two of my colleagues, the situation was even more incomprehensible. At the time they received the infamous registered letter, they were still single, but had been honest enough to admit they were being married during the summer holidays.

It seems hard to believe in these liberated times that such power was yielded by a school board and that the Women Teachers’ Federation allowed such discrimination. After all, it was married women who had filled the teaching positions left vacant by enlistment in the forces during the war. Apparently, that counted for nothing in 1949 – at least not in Kenora.

I should make it clear that this was a Kenora issue. Surrounding towns did not demand such a high standard of personal purity so I spent four interesting and happy years in Keewatin with an excellent staff made up, in large part of, yes, you guessed it, married women.

An ironic footnote – not only were married women discriminated against – single men received three hundred dollars less per year than married men. The logic behind that was not that single men were inferior teachers, but that they did not have to support a household. How times have changed!

Physical Education was not on the curriculum when I attended elementary school. Children got plenty of exercise walking to and from school and unless the weather was very cold or very wet, they spent most of their leisure time playing outdoors. What I do remember, however, were the seasonal changes in the recess and noon hour activities at school.

Fall: Baseball and dodge ball were popular fall and spring. The school provided the equipment. Tag games of all sorts and hopscotch were favoured by the girls. One could always take to the swings or the teeter totters. These were massive pieces of equipment, somewhat dangerous at times. If you didn’t watch as you passed the swings you could be clipped by the heavy 2 x 8 seat or if your partner abandoned you when you were five feet above the ground on the teeter totter you could come down with a mighty thump! If the weather was wet, kids retreated to the gloomy basement to play round games.

Winter: Sliding on cardboard on the hill behind the Green School, building snowmen, or playing pie tag were fun. Snowball fights and fort building were favourite activities on the boys’ side. Vigorous outdoor play in cold weather resulted in rosy cheeked alert kids – and wet outer clothing. After 50 years I can still conjure up the winter smell of mittens drying on the radiators.

Some time into January or February, the marbles came out. Almost everyone carried a bag of “allies”. There were several kinds of games that ended in winning or losing some beauties. And then as the snow melted and the school sidewalks became dry, the skipping started. Individual ropes for one, long twelve footers for group skipping or two long ropes for Double Dutch, all accompanied by singsong instructions in verse.

Spring: Once the weather was warm and jackets and long stockings were shed, ball games started. Baseball and dodge ball again and bouncing ball games played with sponge and India rubber balls as well as inflated rubber balls. These games involved escalating levels of difficulty and were accompanied by chanted verses. Hopscotch and tag were also played.

Tippy, a game invented by kids, involved two sticks broken from nearby bushes. A hole was scooped in the dirt and a stick about 18” long was laid across it. A long stick – 32” – was used to flip the short stick as far as possible. Then the long stick was used to measure the distance by turning it end over end. The player with the longer distance scored one point.

Almost every boy carried a knife for whittling and making willow whistles and for playing “Knife”, a potentially dangerous game of skill. Many men carry scars from missing one of the moves in this boys’ game.